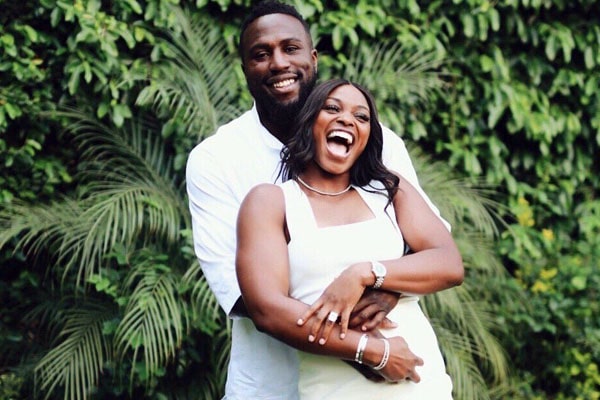 Sloane Stephens and Jozy Altidore are both star athletes who are finding massive success in their own career paths. Stephens is a professional tennis player, while Altidore also has made a name for himself in the sports industry as a pro-soccer player competing in Major League Soccer. However, outside of their respective careers, the American athletes have quite an interesting personal life.

Together, Sloane Stephens and Jozy Altidore make a power couple. They are childhood friends turned lovers. But, it has been a while since they have commented about their love life. So, is this romantic pair still together, or have they already separated? Let’s find it out all here.

ALSO READ: Reason Behind Mike Rowe Not Having A Wife And Children

Jozy Altidore and Sloane Stephens have known each other since the fifth grade. Though Stephens did not like him very much at the time and often complained about him to her mom a lot, the two surprisingly reconnected after a long gap in 2016 and started dating publicly in 2017.

In November 2017, the tennis star Stephens shared a picture celebrating her man, Jozy Altidore’s 28th birthday, on her Instagram page. She mentioned Altidore as her first crush and also revealed that she loves him, hinting to their fans that they were in an intimate relationship.

Since then, both Stephens and Altidore started getting cozy with one another and showed off their love on their respective social media pages.

After dating for more than two years, Stephens and Altidore decided to start a new chapter of their lives together. So, the two got engaged at the end of April 2019.

Aforementioned, Sloane Stephens and Jozy Altidore decided to take their relationship to the next level by getting engaged in 2019. The Toronto F.C. star and the 2017 U.S. Open Champion announced the happy news of their engagement via their respective social media pages.

Sloane Stephens shared a snapshot of herself laughing while her fiance wrapped his arms around her from behind and flared a huge smile. She captioned the picture saying Forever yes.

Similarly, Altidore also posted an image with Stephens featuring them sitting on a stone staircase. It also featured the engagement ring’s front and center, which he offered to Stephens, asking her to be his wife, as they both smiled widely for the camera. Moreover, he captioned the photo saying “Forever starts now”.

Though the engaged couple, Sloane Stephens and Jozy Altidore, announced their engagement publicly, they have not yet disclosed the date of their wedding. Moreover, lately, they have stopped posting photos with one another on their social media pages.

As a result, fans and media alike are speculating that they might not be together at the moment.

Well, it has been a while since Sloane Stephens and Jozy Altidore were seen together, whether on their social networking handles or in public. But, going through some of their latest posts, it seems like they are still together.

Jozy Altidore underwent successful surgery on his right foot at the Hospital for Special Surgery, New York. Soon after the surgery, he took to his Instagram to announce the happy news of the successful procedure. In the same post, Stephens commented;

“Lucky for you, you’ve got the best nurse around! You’ll be back out on the field soon ❤️.”

Moreover, both Altidore and Stephens often comment on each other’s social media posts. Hence, it shows that Jozy Altidore and his fiancee, Sloane Stephens, are still close. Moreover, any information regarding the couple calling off their engagement has not graced the internet. Possibly, Jozy and Sloane are sharing less about their relationship so that they can enjoy their love life far from the spotlight.

So, as far as we can tell, the sports power couple, Stephens and Altidore, have not ended their relationship. But we hope they will soon come forward to clarify the reality of their love life together. Who knows, the beautiful pair might even surprise their fans with news of them already being officially husband and wife.

Whatever might be the reason behind their silence, we hope Jozy Altidore and Sloane Stephens all the best for their future.