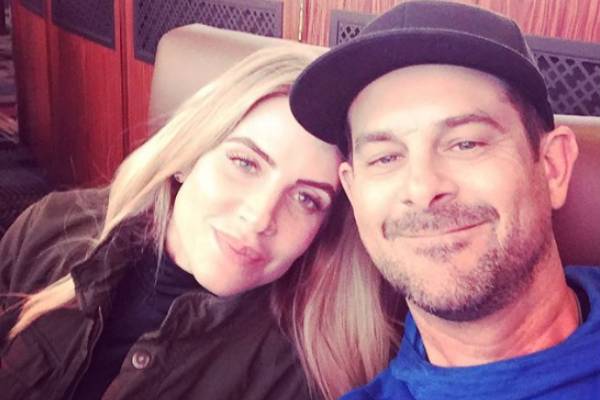 Aaron John Boone aka Aaron Boone is the manager of the New York Yankees of Major League Baseball. Furthermore, before becoming a manager, he served as an infielder in the MLB for 13 seasons. In addition, Aaron worked as a commentator for ESPN’s Sunday Night Baseball and Baseball Tonight.

For decades, the former baseball infielder has been in the limelight. So, whether Boone likes it or not, his personal life and affairs are a hot topic that millions of people are interested in.

Through this article, let’s learn more about Aaron Boone’s wife, Laura Cover, who previously worked as a model for Playboy. Additionally, let us find out if the pair has any children and, if so, where they are.

Had No Modeling Experience Prior To Working For The Playboy

We can all agree that modeling as a full-time profession is no easy task, and it takes years of hard work, experience, and dedication to make it to the top. So it may come as a surprise that Aaron Boone’s wife had no prior modeling experience before she auditioned at a Playboy studio open call.

Despite this, she was chosen as one of the Playboy Bunnies, and her modeling career has progressed since then. Laura was then featured in documentaries and videos such as Playboy: California Girls, Playboy’s Club Lingerie, Playboy Video Playmate Calendar 2000, and Lingerie: The Secret Art of Seduction, among others.

At present, Laura is best recognized as the Playmate Of The Month in Playboy’s October 1998 issue. Additionally, she has also posed nude for Mystique magazine and Talking Blue.

Moreover, with a fantastic physique and stunning looks, it was only a matter of time before Laura started making TV appearances. The foremost model appeared in several television shows, including Weakest Link and The Howard Stern Radio Show.

However, Cover eventually decided to leave the industry despite her modeling success and devote her time to charity work. Nonetheless, we wish her well in any endeavor she chooses.

Aaron Boone’s Wife Is Of A Philanthropic Nature

Many celebrities are known for donating enormous sums of money and offering their time to support impactful causes. And Aaron Boone’s  is no exception. While the former Playboy model is accustomed to the glamour and sparkle that comes with her stardom, she appears to be mindful of her good fortune and generously gives back to the community.

Laura volunteers for many organizations, including a breast cancer foundation. Additionally, she is also involved in aiding children in third-world nations and went out of her way to assist Bernabe, a Christian Children’s Fund kid, for two years. Similarly, Boone’s wife also appeared on an episode of Weakest Link, alongside other Playboy bunnies competing for charity money.

Unfortunately, the blonde beauty has stayed out of the spotlight for the time being, so the charity work she is currently engaging in is a mystery. Nonetheless, Boone’s beau has a generous heart and will continue to do good in the world.

Laura Cover Has Been Married For A Long Time

While some sources claim the married couple met in 1999, others claim they met in 2001 and dated for a brief period before moving on to the next stage of their relationship. Despite the lack of information regarding the settings of their meetings, Laura and Aaron have been married for more than two decades.

The pair tied the knot on November 9, 2002, and have been living a blissful married life ever since. Both Aaron and Laura are involved in charitable and social activities. Aaron Boone’s wife has also appeared alongside him on numerous award ceremonies and sometimes even accompanies him at work.

However, unlike other celebrities, the duo does not enjoy boasting about their life on social media. Even yet, the former baseball player occasionally shares images of his stunning wife in which he praises and admires her.

On the other hand, Boone’s spouse appears to be a private individual who has kept a low profile. Furthermore, Laura is also not particularly active on social media. As a result, we may have to wait a while to observe her express her love for her husband.

Cover has been married to Aaron for over decades, and they have two beautiful children together. Furthermore, the couple has added two children from Haiti to their family through adoption. Brandon Boone, the former model’s first child, was born in 2005, and Bella Boone, her daughter, was born four years later in 2009. Additionally, the Boones’ have two adopted children, Jeanel Boone, and Sergot Boone.

Expanding the family wasn’t initially on their plans when Laura first left to help the people of Haiti after a devastating earthquake. However, according to the Yankees’ management, the decision to adopt was organic, and the pair understood they had to do something for the kids.

The couple then acquired permission from Jeanel and Sergot’s biological parents to adopt them, and although they formally adopted the two in 2012, the boys did not arrive in America until 2014.

Like Aaron Boone’s spouse, her children, too, appear to prefer a life away from the spotlight. However, the Boone siblings have been spotted at countless games with their father.

Moreover, while Laura’s children have not made any media appearances, their father has expressed his pride in their accomplishments. In addition, Aaron stated in a 2014 interview that he enjoys watching his son play football and baseball. So while the current whereabouts of his sons are unknown, they may have followed in his father’s footsteps and pursued a career as athletes.

Laura appears to be doting to all of her kids and loves spending time with them. Additionally, it looks like the celebrity wife is not active on any social media sites, implying that she might be taking time away from her busy schedule to care for her children and spouse.

The couple, along with their kids, currently resides in Scottsdale, Arizona, and are living their life to the fullest. So, for now, we wish Aaron Boone’s wife and her family the best and hope to see more of them as the years progress.