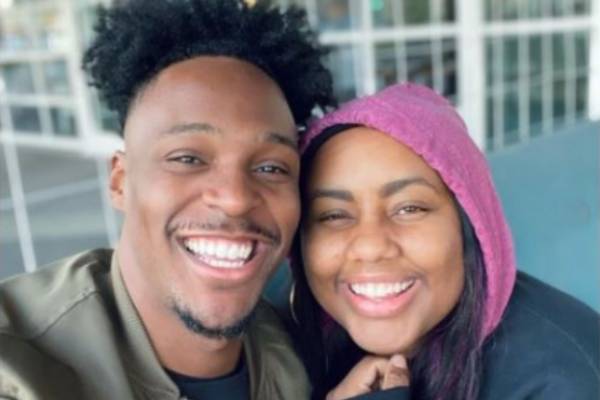 Jamie Grace has been married to her husband, Aaron Collins since 2018. Image Source: Jamie Grace Instagram.

Aaron Collins is best recognized as the husband of contemporary Christian singer-songwriter and actress Jamie Grace. The couple has been making headlines due to their healthy relationship and willingness to share it with the world.

Despite sharing much of their lives through vlogs and social media posts, many of their fans are still in the dark about Aaron. So, here we have gathered few interesting facts about Jamie Grace’s husband, Aaron Collins.

Met Jamie At An Event

Jamie Grace and Aaron Collins have been married since 2018, but their relationship did not start in the traditional way. The couple first met at an event where Jamie was set to perform. However, they did not keep in touch for around a year after their meeting.

Then in a surprising turn of events, Grace found her future husband’s Instagram and decided to follow him. Collins too followed her, and they started a casual conversation. Their relationship started to blossom with each message, and soon the couple became series about each other.

The connection between Jamie and her then-boyfriend was undeniable. So, it didn’t come as a surprise when Jamie Grace’s husband, Aaron, proposed to her in January 2018. The couple married only after five months of courtship.

Aforementioned, the Christian singer and her partner were engaged for a few months before they got married. Jamie Grace and Aaron Collins tied the knot on April 14, 2018, in front of more than thousands of guests.

The courtship, which started in November of 2017, ended in Grace’s dream wedding. They got hitched at the North Metro Baptist Church in Georgia and exchanged traditional vows. Jamie wore a custom gown with a 14-foot train designed by Johana Hernandez. Complimenting her, Aaron sported a white suit.

Moreover, Jamie and Aaron’s wedding was extra special as the pair invited their fans to their special day. They opened their ceremony to the public and had 1,500 friends, family, and fans celebrating their union.

Despite having such a large number of guests, everything went without a hitch.

Welcomed Their First Child Together In 2019

More than a year after their beautiful wedding, the Grace-Collins couple welcomed their first child together. Aaron Collins’ wife, Jamie, gave birth to their daughter, Isabella Brave Harper Collins, on June 7, 2019. At the time of her birth, the little one weighed 7 pounds and was 20.5 inches tall.

Born June 7, 2019 – her due date – at 9:27pm. Exactly 7 pounds, 20.5 inches and she’s every bit of lovely 👶🏽 With two middle names like her Southern mama and deep brown eyes like her charming dad, she is oh so loved more than she will ever know. pic.twitter.com/IPKxqtBKnM

The singer-songwriter announced the happy news via her Instagram and shared touching words about the new addition to the family. Jamie Grace’s husband, Aaron, too, shared a snap of their daughter and shared his happiness.

Not only this, but Isabella’s parents also set up an Instagram account in her name. And as per the profile, the young one is homeschooled and is an aspiring gymnast. Jamie and her spouse are raising their little one with lots of love and care.

Jamie Grace first gained fame as a singer and actress, but she and her partner have now transitioned into being YouTubers. The couple has a channel named Aaron & Jamie-Grace, which has over 26.9K subscribers. It is a family vlog channel where the pair uploads videos weekly.

Moreover, in the channel, Jamie Grace and her husband talk about their family life as well as spirituality. They update their fans about the things happening on their daily life and do not hesitate to talk about the ugly stuff.

Furthermore, Jamie Grace’s husband has also given some nutrition and relationship tips. Both of them have embraced their role as social media creators and are flourishing in their careers.

Not only important announcements, but Jamie Grace’s spouse also uses his social media pages to showcase his fitness journey. According to Aaron Collins’ Instagram bio, he is an athlete and spends much of his time in the gym.

Aaron Collins shares videos of himself weight lifting and also captioning them with inspiring words. And apart from his gym content, Aaron’s social media pages are filled with pictures of his wife and children.

Even though much of their lives have been broadcasted through YouTube and other social media sites, Aaron is still secretive about his life before fame. People magazine had addressed him as a model and actor, but it is unclear which projects he has appeared in till now.

Nonetheless, we hope Jamie Grace’s husband, Aaron, is prospering in his personal as well as professional life.