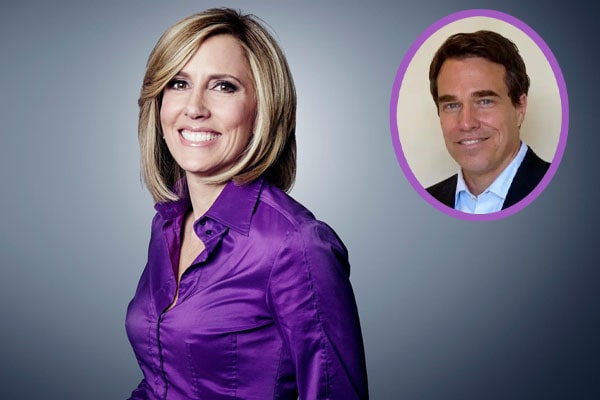 Tim Lewis is the long-time husband of one of the most prominent American journalists, Alisyn Camerota. He tied his marital knot with the CNN anchor, Alisyn, in 2002 and is living happily with her ever since. A partner at an independent equity firm in Greenwich, Connecticut, Lewis also fathers three kids with his loving wife, Alisyn.

Alisyn Camerota’s spouse, Tim Lewis, has over two decades of experience as a private equity investor, management consultant, and operations executive. Currently, he is an associate at a private equity firm in Greenwich, Connecticut, named Southfield Capital.

The firm invests in growth-oriented lower middle-market companies and mainly focuses on companies with business services. His Linkedin page suggests that he joined the company in April 2014 and has been connected with it as its partner ever since.

Before joining Southfield, Tim was a partner at another private equity firm, Atlantic Street Capital, from 2009 to 2013. In addition, from September 2003 to April 2009, he was a partner at CRG Partners, a middle market-focused consulting firm.

Similarly, Lewis also served as Director of Operations at RHC Spacemaster, a retail store fixture manufacturer, from 1999 to 2003. Moreover, Tim also worked as a Principal at The Keystone Group.

Well, one can expect Tim Lewis’ net worth to be of a grand sum seeing his positions at big organizations.

Tim Lewis is a graduate of Northwestern University – Kellogg School of Management with an MBA in Marketing. Similarly, he earned his Bachelors in Arts in Political Science from Yale University.

Happily Married To Alisyn Camerota Since 2002

The Shrewsbury, New Jersey-native, Alisyn Camerota married Tim Lewis in 2002. Unfortunately, the details on how the couple met and what led them to fall in love are not available to the public. But, according to an article by Camerota, it was her friend, Maria Villalobos, who prepared her to have a healthy romantic relationship.

As mentioned by Camerota, she had a string of boyfriends and yearlong relationships that she thought would lead to marriage. But it never happened as marriage and family seemed like a faraway land to which she had no map.

However, her friend, Maria, saw her issues instantly and took her under her wings. She helped Alisyn open her eyes and her heart to a long-lasting relationship.

Furthermore, Alisyn Camerota mentioned in her article that she still doesn’t know if her friend Maria cast some magic spell on her. But, somehow, the man Maria described is exactly who she has been happily married to now for over a decade.

Undoubtedly, both Alisyn and her husband, Tim Lewis, are really thankful to Maria, who played an important role in making their marital relationship strong.

Tim Looking Forward To Having More Normal Schedule With Alisyn

CNN’s Alisyn Camerota’s husband, Tim Lewis, recently welcomed a big change for his wife’s life. His talented life partner, Alisyn, marked her final day as co-host of New Day a couple of months ago. She moved to weekday afternoons with Victor Blackwell, after co-hosting the morning show, for more than six years. So, Mr. Lewis is happy that he will be able to spend the morning hours with his better half.

“I’m looking forward to us having a more normal schedule … I’m looking forward to maybe going out to dinner on a Tuesday night, maybe watching Netflix on a Friday night and you not falling asleep at 7:15,” @AlisynCamerota‘s husband says on her last day as New Day anchor. pic.twitter.com/WBhMHBlWLP

Tim Lewis made a surprise appearance on his wife’s final day on New Day, showing from their home to talk about his and his wife’s new schedule. He said that he was hoping to enjoy a more normal schedule with his spouse. Lewis added that they might be going out to dinner or watching Netflix. We hope they are currently spending their night and early morning hours together as they had thought.

Tim Lewis is a devoted father to three children with his beautiful wife, Alisyn Camerota. Together, they have two daughters, Francesca Lewis and Alessandra Lewis, who are fraternal twins born in 2005. Similarly, the cheerful couple, Tim and Alisyn, has a son, Nathaniel Lewis, whom they welcomed in 2007.

Alisyn Camerota and her spouse, Tim Lewis, went through various struggling phases to have kids at first. During an interview on the TODAY show, Camerota explained that she and Tim spent three years struggling to conceive a baby. Moreover, she also wrote about their struggles to get pregnant in a 2010 piece for SELF Magazine.

According to Camerota, she and Lewis decided to try in vitro fertilization after having two miscarriages.

Journalist Alisyn Camerota’s husband, Tim Lewis, was very supportive and wonderful throughout that difficult time. When Alisyn had already made her mind that they will never have a child, Lewis confronted her by saying that they will have a family either by hook or by crook. He even was open to adopting a child, which was very comforting to Camerota.

Currently, Tim Lewis and his wife, Alisyn Camerota, live a happy life with their three youngsters in Connecticut. Despite his busy schedule, Tim Lewis always keeps his wife and their children on his main priority list. Alisyn must be proud that she got a life partner who is a supportive husband and a great father of her kids.