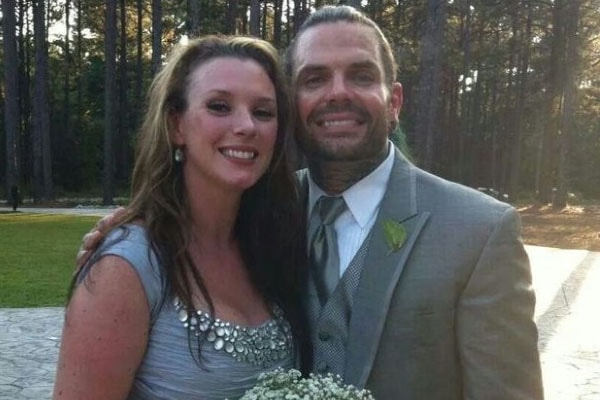 The lovely Beth Britt is widely known for being the wife of American wrestler Jeff Hardy. They were in a long-term relationship for over 12 years before getting married on the 9th of March 2011.

Beth and her husband Jeff are blessed with two lovely daughters named Ruby Claire Hardy and Nera Quinn Hardy. Ruby is the eldest daughter who was born on the 19th of October of 2010, and the youngest one Nera was born on the 31st of December 2015. Every member of the Hardy family has got a loving bond with one another.

After a long day of work when Jeff returns from home, he must always be happy as his wife cooks him delicious food every time. Maybe Beth Britt literally took the saying that states “A man’s heart is through his stomach.” If you are to go through Beth’s Twitter handle, then you’ll get what we are saying. Apart from some photos of her and her family, it is all filled with pictures of foods she made. No wonder Jeff can perform so well.

As stated earlier, before marrying one another, Jeff Hardy and his wife Beth Britt stayed in a long loving relationship. They first met in 1999 at North Carolina in Southern Pines. It looks like it was love at first sight for Jeff and Beth. And since then they share an inseparable bond. Till date, there have not been any rumors of disagreement or whatsoever between the lovely couple.

It was Jeff Hardy’s wife Beth Britt who helped him cope with his drug addiction plus she also helped him to rise in his declining wrestling career. She also continually supports her husband during his wrestling matches too.

Alongside having a loving husband, Beth Britt is also a mother of two cute daughters, Ruby Claire, and Nera Quinn. The mother-daughter trio of Beth, Ruby, and Nera have an affectionate bond.

We all wonder if Beth will also allow her baby girls to choose a career in wrestling like her star husband Jeff Hardy or not?