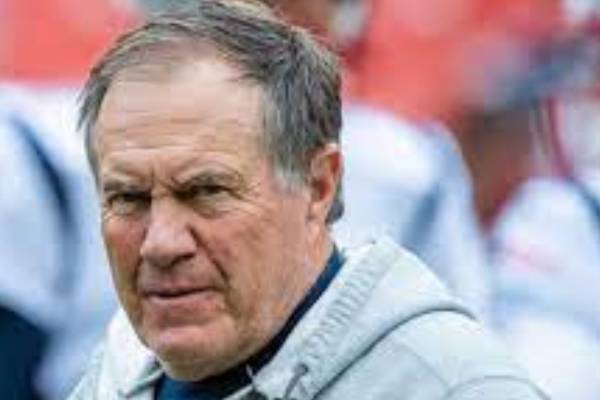 The NFL (National Football League) fans of various ages and generations might be familiar with the name Bill Belichick. He is one of the most successful head coaches in NFL history. Bill holds the record for most Super Bowl wins and appearances as a head coach leading his team to the finals on nine occasions and winning it six times.

Bill is currently coaching the New England Patriots and his son Stephen Belichick is part of his backroom staff. Similarly, looking at his personal life, the 69-year-old coach was married to his college sweetheart and businesswoman Debby Clarke Belichick from 1977 to 2006. However, the pair split after rumors of Bill having a secret affair with former Giants receptionist Sharon Shenocca.

Today, we will be talking about Bill Belichick’s ex-wife, Debby Clarke Belichick, in brief. Furthermore, we will also discuss her potential interest in the design world and her life after the divorce from the NFL coach.

Who Is Debby Clarke? How Did The Couple Meet?

Debby Clarke was born in Nashville, Tennessee, in 1955. She comes from a religious family following Christianity. After her high school graduation, Debby joined Wesleyan University. This is where she met her ex-husband, Bill.

Similar to Debby, Bill Belichick was also enrolled at the Wesleyan Univesity. He used to play college football and lacrosse. Bill and Debby met at the university when she attended one of Bill’s games. The college sweethearts immediately fell in love and might have come closer with their passion for sports.

Immediately after earning her bachelor’s degree from the college, Bill Belichick’s ex-wife Debby decided to pursue her career in designing & business and has succeeded.

Has Three Children With Her Ex-Husband

Debby Clarke married Bill Belichick in 1977. During the couple’s almost 30 years marital journey till their separation in 2006, the pair welcomed three childrens. Amanda Belichick is the eldest daughter of the ex-couple. She was born in 1984 in Weston, Massachusetts. Similar to her parents, Amanda also attended Wesleyan University.

Furthermore, Debby gave birth to two sons, Stephen Belichick and Brian Belichick. Stephen was born on 25th March 1987 in Ridgewood, New Jersey. He is the outside linebackers coach in the New England Patriots under his father, Bill Belichick.

Stephen Belichick is currently married to Jennifer Schmitt and the couple has two kids together.

Debby’s other son, Brian Belichick, is also into football like his father and brother. He currently serves as the safeties coach in New England Patriots under their father, Bill Belichick.

After graduating from college, Debby gained an interest in interior design. So, Debby opened up her tile and design store named “The Art of Tile & Stone” to fulfill her interest with her close friend. The store is located in her hometown Massachusetts.

Like her husband, Bill Belichick’s ex-wife Debby is also successful in her career. Her business venture is very popular online. According to multiple sources, her reported net worth is estimated to be around the region of $1 million to $3 million.

It looks like after her divorce from Bill, Debby seems to be living a tranquil and private life away from the media. No recent pictures of Debby can be found on the internet, along with traces of her on social media.

Furthermore, whether she is currently single or with someone is also unknown. We hope Debby Clarke Belichick is in a prosperous state and her business is doing well.