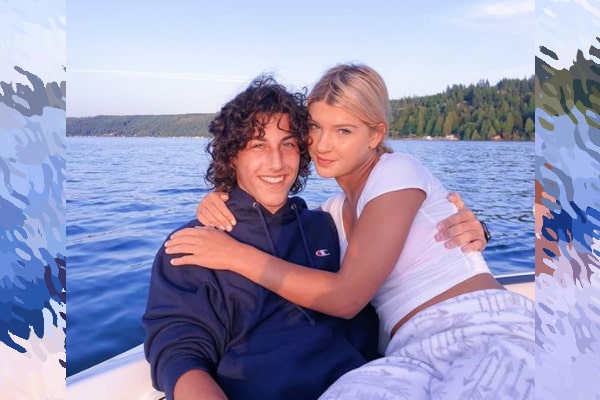 Who doesn’t recognize Bill Gates? If you don’t, you must be an alien. You might also know that recently Bill Gates filed for divorce with his wife of 27 years, Melinda Gates. But do you know much about Bill Gates’s daughter, Phoebe Adele Gates, or her boyfriend? Guess no, because billionaires like Gates himself prefer a quiet and secluded life from the media.

Presumably, Gates’ daughter is no different. However, we have done our best to find Phoebe Adele Gates’ boyfriend and what she’s actually up to. Let’s hope you enjoy reading about Bill Gates’ to-be son-in-law.

When someone is famous, people feel entitled to their secrets and search for their details, a similar situation with American business magnate Bill Gates’ daughter, Phoebe. Considered one of the most popular kids in the world and the daughter of the most powerful individual, she has been a subject of concern for the public.

But, Bill Gates‘ daughter is aware that she is heavily scrutinized by the world and is conscious of her moves. Therefore, Phoebe Gates’ relationship is public and private at the same time. It’s like the tweet that says, ‘let the world know who you’re dating but keep it low-key.’ Bill Gates’ daughter, Phoebe, has memorized it by heart.

Besides letting the world know her partner’s name, Phoebe preferred keeping her relationship details to herself. The passionate ballet dancer seems to love her handsome beau and vice versa.

Aforementioned, the teen couple seems to be head over heels for one another. Judging by Phoebe Gates’ Instagram, the couple started dating in mid-2019. Phoebe often posts pictures of them on social media and subtly flaunts their love while Chaz’s Instagram is private.

The first time Phoebe Adele Gates’ boyfriend made a debut on her Instagram was in August 2019. Interestingly, she often mixed her lovers’ between her friends’ pictures.

Furthermore, Gates’ family seems to approve of their relationship as the young-couple spends a lot of time together. Moreover, they have traveled quite a few places together and are enjoying their youth. According to Detix, Phoebe Gates’ sister, Jennifer Katharine Gates, wished Phoebe’s handsome beau on his birthday.

Jennifer said she was very grateful to Chaz for bringing happiness in Phoebe’s life while their brother, Rory Gates, was all giddy for her youngest sister.

Besides embracing newly found love, Bill Gates’ daughter, Phoebe Gates, focuses on her studies and career. Furthermore, she perfectly balances her personal life and her family. The ballet enthusiast keeps herself away from the media’s approach and has maintained privacy to date.

Therefore, let’s hope to hear more of Phoebe Gates’ young love as it grows with time. Also, is it too fast to want to see Phoebe getting married? Guess it is, but let’s hope the couple matures and succeed both professionally and privately.