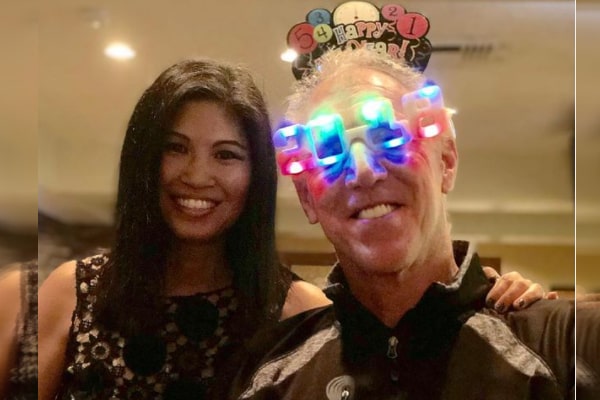 Bill Walton is an American television sportscaster who led the Portland Trail Blazers to the NBA Championship in 1977, earning the NBA Finals Most Valuable Player Award that season. He further won another NBA title playing with the Boston Celtics in 1986 and was appointed to the Naismith Memorial Basketball Hall of Fame in 1993.

Therefore, we are here to talk about the beautiful Bill Walton’s wife, Lori Matsuoka. We might even introduce the couple’s children, so stay tuned.

Philanthropy Editor for Giving Back Magazine

Bill Walton’s wife, Lori Matsuoka, is an Inspirational Lifestyle blogger for BdaKiNE.com. Furthermore, the Philanthropy Editor for Giving Back Magazine, Lori, talks about working in corporate America and making good money without being fulfilled on her website.

Mrs. Walton’s fondness for nonprofit work wasn’t new whatsoever. She began her charitable career in college when she was selected to represent UCLA’s undergraduate service organization.

The mother of three dogs shares her story about not finding the dream job on her Instagram. Therefore, while motivating her fellow followers and hope, Lori shares a load of pictures of her beloved dogs.

Well, as private as things are with Walton’s partner, let’s look into their intimate wedding.

Not every person is lucky enough to figure out their true passion and a person at the same time. However, the sportscaster, Bill Walton’s spouse, Lori, is fortunate enough to have both for several years now.

Although flaunting love on social media, Lori and Bill have kept their marriage and relationship details private. Although we do not know how the Walton duo’s path crossed, they shared their vows in 1991.

Lori and Bill are still passionate for each other even after 29 years of marriage. Moreover, Mrs. Walton is immensely supportive of her partner’s career and is always by his side. Likewise, she also reminds her partner’s game days via her Instagram and leaves no opportunity to appreciate his hard work. The ‘appreciation’ goes to both sides, which might be the key to their 20+ years of blissful conjugal.

Although we witness the inseparable couple, Lori is Bill Walton’s second wife. He was previously married to Susan Guth, aka Susie, on February 23, 1979. The former couple shares four kids, Adam Walton, Luke Walton, Nathan Walton, and Chris Walton, before parting in 1989; then rest is the history.

However, Bill and Lori share three adorable fur babies, who never fail to appear on Lori’s Instagram. She further shares a good bond with her step-sons and is happy in life.