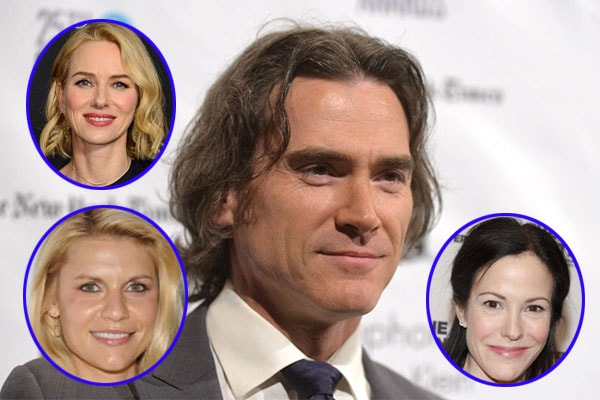 Billy Crudup‘s girlfriend Naomi Watts was born on September 28, 1968. She is an English actress famously known for her role in the Netflix series Gypsy. The couple started dating back in 2017.

The Watchmen star Billy Crudup has dated many actresses from the industry. His relationship with actress Mary-Louise Parker and Claire Danes are the most famous till date. Currently, he is together with actress Naomi Watts.

‘Gypsy’ Co-Stars Billy Crudup And Naomi Watts Dating Each Other

Billy Crudup and Naomi Watts’ love bloomed when they co-starred in the Netflix series Gypsy. They played as husband and wife in the series. It did not take them long to turn their fictional love into real one. The news about Billy and Naomi dating hit the internet when they were spotted holding hands in New York sometime in July 2017. They can be seen roaming around the streets of New York.

Before dating Billy Crudup, Naomi was in a relationship with Liev Schreiber. The ex-couple Naomi and Liev have two children, Sasha Schreiber, and Samuel Kai Schreiber, together. They ended their 11-year relationship in 2016. Naomi shared that they are on good terms even after their split.

Age does not stop anyone from finding the perfect one for them. Its all about the right time. Billy and Naomi have just proved it right. The fans may be wishing that the couple keeps their relationship going on till the end.

Billy Crudup and Clair Danes’ relationship is probably one of the scandalous relationships in Hollywood. The ex-couples started dating in 2004 when he was still together with his seven months pregnant girlfriend, Mary-Louise Parker. Due to this, the former couple Billy and Clair received backlash from the public. They ended their relationship in 2006. Claire is happily married to actor Hugh Dancy since 2009, and they share two sons together.

Billy Crudup caught all the attention of the public when he left his seven months pregnant girlfriend Mary-Louise Parker and dated Claire Danes. Billy and Mary-Louise were in a relationship since 1996. The two broke up after Billy and Claire were confirmed to be dating. They have a son William Atticus Parker born on 2004 whom Mary raised alone.

Although the father of one had scandalous relationships in the past, Billy Crudup is now head over heels with actress Naomi Watts. Fans are eager to know whether they will be tying the knot in the near future and start a new life.