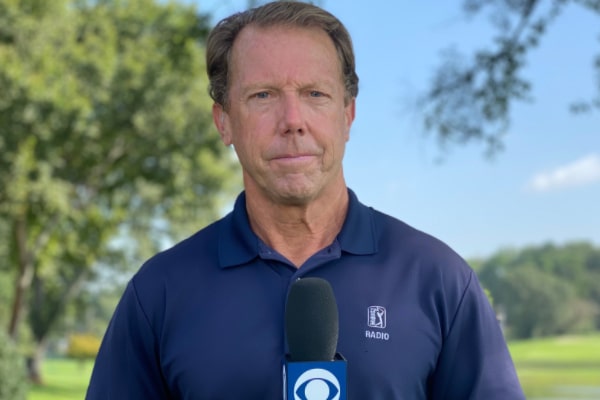 Doug Bell has been a sports anchor for over 40 years. Image Source: Doug Bell's Twitter.

Born in 1962 in Philadelphia, Pennsylvania, Brenda Ladun is the evening face for ABC 33/40. Previously working in WBRC 6, Ladun is a five-time winner of the Alabama Associated Press Awards for Best Investigative Reporter and Best Specialized Reporter.

On the other hand, Brenda Ladun’s husband, Doug Bell, is a veteran sportscaster and is involved in many broadcasting centers. Below let’s look into the lovelife of the media anchors and get to know them better.

A veteran in the game, Doug was also part of Sports Radio 690 WJOX-AM, where he gave his sports reports. He is also the former sports director for WIAT, a CBS affiliate, and worked as the weeknight host of College Sports Central.

Looking forward to “The Last Dance” ⁦@espn⁩ tonight at 9EST always enjoyed talking w/Zen master ⁦and the GOAT, those ⁦@chicagobulls⁩ championship teams were unforgettable, very fortunate to have covered them early in my career #dynasty pic.twitter.com/wO464ePl5q

Born in 1961, the sportscaster has also worked for ESPN in The Tee Time Golf Show on WOTM and WVUA. Furthermore, Ladun’s husband, in addition, covered a couple of events for FOX as well.

The sports guy isn’t considered a veteran for no reason.

Met His Future Wife In A TV Station

Doug Bell and his wife Brenda Ladun met each other for the first time at a TV station in Gainesville. Since both the pair worked in similar fields, it was a perfect match as they bonded well together.

Later they would make their relationship official by taking the vows and shifting from place to place. The lovebirds at first moved to Peoria, Illinois, for five years before settling in Birmingham, Alabama, for good.

Both the pairs are stationed in Alabama, and Doug works with iTalkSEC alongside Scott Moore as hosts.

Brenda Ladun and her husband Doug Bell, other than being blessed with a similar interest in journalism, are also blessed with three wonderful sons.

Brooks Bell, the eldest and the firstborn, is into stand-up comedy and usually performs in a duo rather than solo. Gabby Bell, the middle child of Doug and Brenda, is a social activist and works under the governor.

Lastly, Garett Bell, Doug’s youngest son, plays football for Austin Peay State University and has excelled in the sport. The APSU class of 22′ is mostly accompanied by his sports freak dad during his game. He has received multiple awards as recognition and is the tallest among the brothers.

Moreover, details regarding their information are very minimal as Doug and Brendan’s boys are discreet to some extent.

He Has His Own Podcast

Brenda Ladun’s husband, Doug Bell, runs his own podcast, “The Ole Gabbox,” which is available on every major podcasting platform.

The father of three sits down with athletes, chefs, actors, & many more and talks about different related topics. The podcast is known for its no fluff interview style as the sports vet has over 40 years of broadcasting experience.

It started on April 19th, 2020, and has amassed a total episode of over 30. Jack Nicklaus, Travis Reed, Andy Kennedy, Mark Zecchino, Gene Stallings, and Charles Arbuckle are some sports personalities that have appeared in his podcast.

During her recovery time, she competed in several marathons, and her husband was always present by her. Despite undergoing such treatments, the news anchor’s cancer returned in 2007.

The mother of three points to her beau’s support as her strength to fight the disease, which even made her the spokeswoman for Susan G. Komen Breast Cancer Foundation.

People Confuse Him As A Game Developer

Many people are confused regarding Brenda Ladun’s husband despite his contribution to the sports industry in America. The podcast host shares the name initials with the lead designer and programmer of the successful game series Dungeon Masters.

Like the sportscaster, Doug Andrew Bell was born in 1961 and is known for his work in the Dungeon Master series and Chaos Strikes Back. He is also the lead programmer at Atari ST.

Nevertheless, Doug Bell is a pioneer in the field of sports broadcasting and has been a supportive husband. We wish the best for Bell and his wife for the future and their overall well-being.