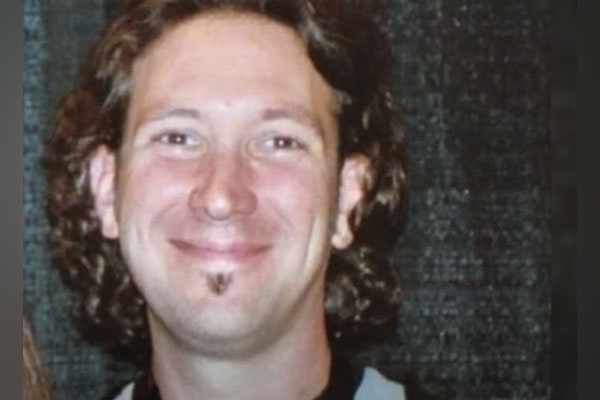 Shannon Lee, born Shannon Emery Lee in Santa Monica, California, USA, is a martial artist, actress, and businessperson. Along with her professional career, she has gained recognition as the only daughter and youngest child of Kung-fu legend Bruce Lee and his wife, Linda Lee Cadwell. Shannon currently serves as the president of the Bruce Lee Foundation and working to carry on the legacy of her father and late brother, Brandon Lee.

Shannon Lee is a dedicated, strong, and independent woman who has been working on behalf of the foundation and her late father and brother. Furthermore, she is a loving partner and a doting mother. Shannon shares a blissful marital life with Anthony Ian Keasler, and they together have a daughter named Wren Keasler. So, let’s learn more about Shannon Lee’s husband, Ian Keasler, and his whereabouts.

As stated earlier, Shannon Lee is happily married to Ian Keasler. The lovely pair first met in 1988, and they started their relationship the same year in August. Six years after dating each other, the couple tied the knot in August 1994 in an intimate ceremony. Ian and Shannon both prefer a private life away from the media and the limelight. Due to this, much information about their relationship has not been revealed yet.

Their marital life is going strong. However, some sites have mentioned that they are divorced. Nevertheless, the news seems to be wrong, and both of them love each other deeply.

Have A Daughter Together

Ian and Shannon have been married since 1994. As of 2021, they are in the 27th year of their marriage. And as stated earlier, they together have a daughter named Wren Lee Keasler. Ian’s wife, Shannon, gave birth to their daughter in December 2002. Their kid is a teenager now, and the pair have raised her with great love and care.

Ian’s daughter is one of the students of the class of 2025 at the Tulane University. She is also helping her mother keep the legacy of her grandfather, Bruce, and uncle, Brandon, alive.

Shannon Lee’s husband, Ian Keasler, has a different occupation than his wife. He is a lawyer who graduated from the Pepperdine University of Law. In December 2000, he was admitted to the State Bar of California. However, since 2014, his license status seems to be inactive. So it is possible that Keasler has stopped practicing law.

Furthermore, according to some online sites, he is a professional art dealer. However, there are also reports that he is an art designer. As per IMDb, Ian Keasler has also worked as a graphic artist in the short drama, No Horizon in 2013. Whether this Ian is really Shannon Lee’s husband is unknown as he is a person of privacy.

Ian Keasler’s Wife Shannon Lee, Is The President Of The Bruce Lee Foundation

Aforementioned, Ian Keasler’s wife, Shannon, is the daughter of Bruce Lee and Linda Lee Cadwell. After the death of her father and brother, Shannon has been working on preaching their legacies. Lee currently serves as the president of the Bruce Lee Foundation. The foundation works to create exhibits, both online and physical, to provide knowledge to people about the legend and Ian’s father-in-law Bruce Lee. It also provides various types of financial assistance to college students and families within the USA.

Ian Keasler’s partner, Shannon, also hosts the Bruce Lee podcast. She is working with full dedication to educating people about Bruce Lee and his contributions. She also runs the social media of Bruce Lee as the representative of Bruce Lee’s family and the foundation.

Ian has gained fame as the son-in-law of legendary martial artist Bruce Lee. However, despite the fame and recognition, he seems to prefer living his life away from the media and the spotlight. He does not have a presence on any of the social media sites.

Ian and his family might be doing great for themselves and are living a happy and comfortable life. We can only hope to know more about Shannon Lee’s husband, Ian Keasler, in the coming days.