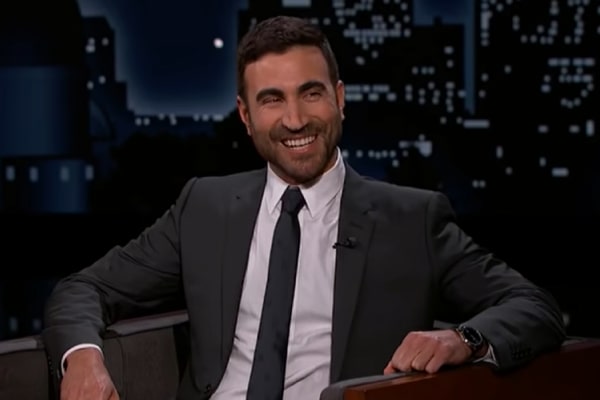 Beth Rylance and Brett Goldstein are no longer together. Image Sourcez: Social Media.

Brett Goldstein and Beth Rylance are talented personalities in the entertainment industry. Both have garnered enormous success in their career. The actor-writer is known for his work in Ted Lasso, SuperBob, Soulmates, etc. Similarly, The actress-comedian is known for BBC Laugh Lessons, A Plea For Grimsby, and School of Comedy.

In addition, the lovebirds had been in a loving relationship. While it was never distinct exactly when the pair started dating, many might be curious to know how their relationship proceeded. Let’s get to know detail about the relationship between Goldstein and Rylance in this article.

Madly In Love With Each Other

As mentioned above, it is not confirmed exactly when the pair started dating. As both of them work in the entertainment industry, the smitten pair might have met while at work. The exact details of their first encounter remain a mystery, but it can be assumed that the adorable couple might have bonded over their shared love for acting. However, we can be assured that they were together for a few years.

As per Vanity Fair, Brett Goldstein’s partner shared a lot of clips and photos throughout the Uk’s lockdown during the pandemic. Beth would occasionally share clips of Goldstein performing in online skits. Not only that, but the comedian also posted a selfie of herself wearing the actor’s character’s soccer jersey.

Furthermore, during the acceptance speech for outstanding supporting actor in the comedy series Ted Lasso, Beth Rylance’s boyfriend used the opportunity to tell her that he loves her, which made a huge headline around September 2021. But it wasn’t the first time the pair expressed their love on social media.

On the other hand, Brett Goldstein’s girlfriend shared a clip of the actor’s speech on her Instagram and even joked on Twitter, saying he was going to Emmy’s, while she was home on her second load of laundry.

The answer is No. Brett Goldstein and Beth Rylance have reportedly ended their relationship. As per Mirror, the recent development happened just a week after Beth Rylance’s boyfriend landed his role in a top Hollywood movie Hercules. Additionally, there had been rumors that the duo split up back in April 2022.

A source told The Sun in August 2022, that both the actor and actress are in exciting times in their professional life, and their schedule is fully occupied. Unfortunately, the pair just couldn’t make it work.

Hence, the reason for the break-up of the British actor and actress is their demanding career. Following the separation, the former lovers unfollowed each other on social media.

Nonetheless, Brett and Beth had a lovely relationship for a short time. However, they decided to break up due to their commitment to work and career. Hopefully, they will achieve their dream life. We wish them happiness and success in the coming days.