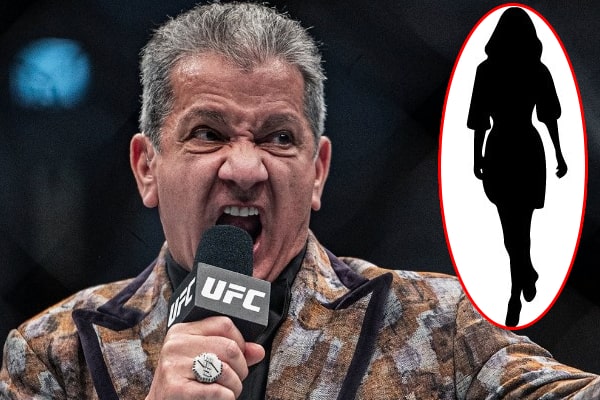 Annie Buffer hardly has any pictures on the internet. Image Source: Social Media.

Bruce Buffer, the American professional mixed martial arts ring announcer & the official Octagon announcer for The Ultimate Fighting Championship, was married to Annie Buffer. Despite being the “veteran voice of the octagon,” very little is known regarding Bruce’s personal life.

Below let’s look at Bruce Buffer’s ex-wife, Annie Buffer, and get to know her better.

Long Known One Another Before Marriage

Bruce Buffer and Annie Buffer were long-time partners before taking the vows. Details regarding their life as couples remain in the shadow, but it looks like the lovebirds had quite an interesting married life.

Bruce, a black belt in Tang Soo Do who previously fought as a kickboxer, keeps his MMA loud mouth away from his personal life. During the UFC 84 pay-per-view, which B.J. Penn and Sean Sherk headlined, Bleacher Report got an exclusive look at the 64-year-old’s daily life routine.

Buffer’s then-wife Annie had a brief cameo where she had minimal lines. The video would focus on the veteran announcer and his son. The story focused more on Bruce’s signature catchphrases and also a bit of his son.

Bruce Buffer and Annie Buffer were blessed with a single child, a son. Dougie Buffer, who similar to his mother, remains away from the media attention and camera. Annie’s son is so private that there are hardly any pictures of him on the internet.

Relating with the Bleacher Report dialog-based storyline that focused around MMA’s leading voice and his son, we learned that Dougie was attending Peabody Elementary School. Since it was in 2008, we can assume that Bruce Buffer’s son Dougie is in the final levels of his education level or may even be done with his uni life.

But as mentioned above, like his mother, Annie Buffer’s son, Dougie is also not present on social media, due to which very little is known about him.

The Former Couple Separated In 2015

Bruce Buffer’s marriage with Annie Buffer had an expiry date despite being long-time couples. The pair would part ways in 2015 for reasons undisclosed.

We can assume that it must have been the hectic work schedule of the 64-year-old that led the couples to separate. Since Annie Buffer’s ex-husband Bruce Buffer is the voice of the UFC, the biggest fighting promotion in the world, his presence is an essential part.

Another reason might have been the announcer’s close relationship with his best friend Kristen Greulach. Bruce and Kristen are business partners and are each other’s biggest supporters. However, the former Buffer pair have remained silent regarding the issue,  and the real reason for their divorce is still a mystery.

Also Read: Tina Johnson Is Married To Richard Parker Since 2006

Annie Buffer’s life has always been a mystery as details regarding her are always at a minimal level. Since her ex-husband hardly posts any pictures of his son, we can assume that Dougie and Annie are together, living away from Bruce’s attention.

As for Annie’s ex-lover, Bruce Buffer has dedicated his life fully to his work. And as a result, he has gathered tons of fans due to his work in the UFC.

We hope Bruce Buffer’s ex-wife Annie Buffer is living fine and healthy similar to her ex-partner. We also wish the best for her overall well-being and her future endeavors.