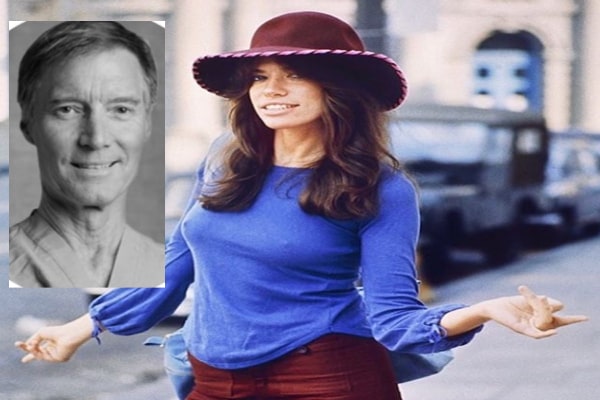 Richard Koehler and Carly Simon have been together for over ten years. Image Source: Carly Simon's Instagram.

Carly Simon is a famous American singer and songwriter best known for winning an Academy Award, two Grammys, and a Golden Globe award for her impressive singing prowess. She was added to the Songwriters Hall of Fame in 1994, followed by winning the Lifetime Achievement Award a year later.

Apart from her astonishing musical accomplishments, Simon has a pretty content personal life. Her popularity has also made her personal life a topic of interest among the public. So, let’s discuss more about Carly Simon’s boyfriend, Richard Koehler.

Who Is Richard Koehler?

Despite being a famous name, Simon is pretty secretive regarding the specifics of her current relationship. She was first married to fellow singer James Taylor and had rumored relationships with other big stars. But she has kept her current dating affairs in a pretty tight bubble.

Also, Simon is a two-time divorcee. Following her divorce from James, she married writer Jim Hart in 1987. But, the ex-pair’s marital life also ended in divorce. Finally, Simon began dating General and Laparoscopic surgeon Richard Koehler. They have been together since 2008. However, there are also rumors that the lovebirds have been dating since 2006.

Carly Simon’s boyfriend, Koehler, also worked in several positions at the US Navy in the early 90s before switching to become a surgeon in hospitals. Moreover, he was developing a trauma response protocol for a mass casualty scenario at sea. After having several successful solo private practices, he began working at Matha’s Vineyard Hospital, where he is still working.

Richard went to the Nauset Regional High School and then attended the Boston College to study biology, biochemistry, analytical chemistry, and advanced calculus. After that, he studied human biology and molecular biology at the Tufts University School of Medicine.

After a tumultuous past couple of relationships, Carly finally seems to have found the right person in her life. Sharing a common interest in poetry and writing, the couple has a great bond as they love to spend time with each other. Richard also loves to sail, which is why he must have worked for the Navy.

Carly mentioned that they met two years before dating, and his enthusiasm gravitated her towards him. Having spent such a long time with Richard, she seems pretty happy with him. The singer also explained in her interview that Koehler was her family’s physician, and that’s how they got to know each other.

Moreover, Carly Simon’s boyfriend is ten years younger than her. After a series of troubled relationships with stars such as Jack Nicholson, James Taylor, Mick Jagger, and John Trevolta, among others, Carly’s relationship with Richard is going strong. As such, the pair have been together for over a decade.

Does The Couple Have Any Children Together?

Despite being together for many years, Richard and Carly are yet to welcome any children. Unlike his lady love, information about Koehler’s past relationships is pretty scarce. Thus, it’s not sure if he has any kids from his past affairs.

However, Carly has two children, Sarah Maria Taylor and Benjamin Taylor, from her marriage with James. Simon Carly’s boyfriend must also have a good relationship with his stepchildren.

Overall, Carly and Richard seem to be enjoying a comfortable and content life together. The couple must have had their share of ups and downs, but their bond looks pretty strong. Also, will we hear the wedding bells soon? Considering how long the Koehler-Simon pair have been together, it won’t come as a surprise. Let’s wish both happiness in the days ahead.