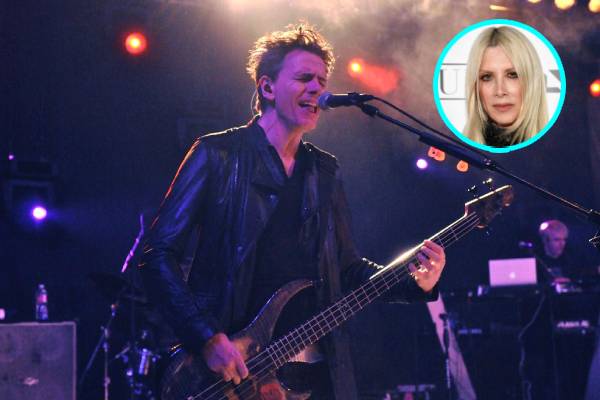 John Taylor, born Nigel John Taylor, is a famous British musician, songwriter, and producer. He is best known for being one of the founding members and the renowned bass guitarist for the new romantic band Duran Duran. He played with the band from its establishment in 1978 and has also pursued a solo career in recording and film.

Aside from a successful career in the entertainment industry, the 61-year-old enjoys married life with his lovely missus, Gela Nash-Taylor. New fans of the musician must be curious about his partner. Hence, in this article, we will be looking into five interesting facts about John Taylor’s wife.

Is A Fashion Designer

Gela Nash-Taylor, born Gela Jacobson, was born on November 1, 1953, in Texas, US. She was raised in Texas as well. Unfortunately, not much information about Gela’s parents could be found. She attended Carnegie Mellon University as a drama major and graduated in 1978.

Nash-Taylor later went to work in the fashion industry and is currently working as a fashion designer. She co-founded the renowned American clothing brand Juicy Couture in 1997 with her friend Pamela Skaist-Levy. The brand is currently owned by a licensing company called Authentic Brands Group (ABG). The business partners first sold the firm to Fifth and Pacific Companies, Inc. for $53.1 million in 2003.

The sales of their products reached about $530 million in 2009 through licensing deals and strong marketing. However, the founders of Juicy Couture left the company when they sold it to ABG in 2010 for $195 million. After their departure from the company, the friends co-founded another brand named Pam And Gela, which was acquired by IBrands Global in January 2022. With such financially successful firms, Gela Nash-Taylor’s earnings must be enormous.

Gela Nash-Taylor Is Also An Actress

In addition to being a famous fashion designer, the 68-year-old is also a writer and an actress. She has been credited as a scriptwriter for the 2018 TV movie Juicy Stories. Also, she has appeared in numerous TV series, movies, and videos.

Nash-Taylor’s notable works include Manimal, Beauty and the Beast, Daughter of the Streets, Bert Rigby, You’re a Fool, etc. Aside from that, she is also known for her appearances in the TV series Hill Street Blues and the 1984 movie Body Double.

John Taylor’s wife must have amassed a significant amount from her successful career in the entertainment and fashion industry. Thus, Gela Nash-Taylor’s net worth must be a considerable figure.

Also, speaking of wealth, Gela Nash-Taylor’s husband, John Taylor’s net worth is estimated to be $30 million.

Gela’s marriage with the Duran Duran member isn’t her first. Before she tied the knot with Taylor, the fashion designer was married to her former spouse, Chris Nash, who is eight years younger than her.

The designer and her ex-partner married each other in 1987 and welcomed two children together. Unfortunately, it hasn’t been revealed when and why the ex-couple split up. There is a possibility that the ex-pair didn’t want to make a huge deal out of their divorce.

Is The Second Wife Of John Taylor

Just like Gela, it is also her husband’s second marriage. He was previously married to an English photographer, author, and media personality named Amanda De Cadenet.

The former pair wedded in December 1991 and was blessed with a lovely daughter, Atlanta Noo De Cadenet Taylor. Atlanta was born on March 31, 1992. After about five years of marriage, the ex-duo separated in May 1995.

Then, a year later, in 1996, the musician met his second wife, Gela Nash-Taylor. John Taylor married the fashion designer, who is about seven years older than him, on March 16, 1999. Furthermore, the lovebirds exchanged vows in a private ceremony and didn’t share any wedding pictures.

As mentioned before, the fashion designer shares two children with her former husband, Chris Nash. The ex-couple first welcomed their son named Travis Nash into their family. Then, after a year, Gela gave birth to their youngest daughter, Zoe Nash. Unfortunately, the details of their birth dates have not been disclosed. Nonetheless, the Nash siblings have only a year age difference.

Nash-Taylor must be quite close to her kids. She launched a Cannabis and Loungewear brand named POTENT GOODS with her son, Travis. In addition, the 68-year-old loves anything and everything her daughter Zoe wears. Zoe was also a muse for her company’s perfume, Couture Couture.

The actress is also the stepmother of John and his ex-wife’s daughter, Atlanta Noo Taylor. We assume the relationship between Gela and her step-daughter is a close one too. Moreover, Gela doesn’t have any children with the musician.

Well, it seems John Taylor’s wife is doing well for herself. We wish the musician and his entire family a happy and prosperous life ahead.