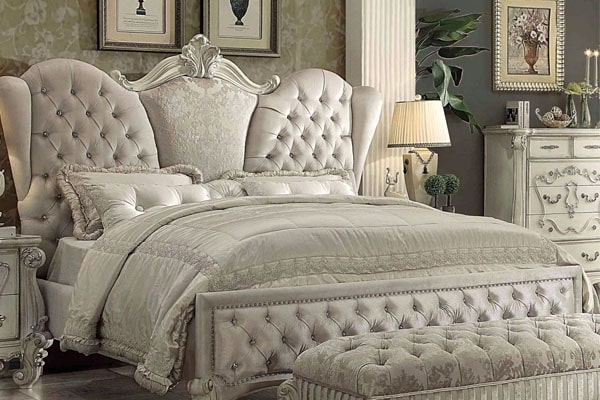 Celebrities all over the world are fashion icons, and they are known for their exquisite taste in everything from what they wear, use, and the house they live in. If you look at the celebrity homes, each celebrity has their own distinct style, interior choice, and their selection of furniture, masterpieces, art; each and everything from the entrance to exit leaves everyone in awe. Let’s have a glance at a few of these Hollywood celebrities’ home (current or past) design ideas.

Hollywood actor Orlando Bloom had put up for sale, a luxury one-story house in Beverly Hills, built-in 1950 by self-taught Mexican architect Miguel Angel Aragonés. In the real estate market, the cost of a snow-white villa, almost invisible behind a high and dense green hedge, was $8.9 million.

Bloom spent enough time, over a year doing major renovations to the four-bedroom home and building a swimming pool. But since the actor proposed to his beloved singer Katy Perry, he decided to move to his fiancé’s home. Orlando was previously married to Miranda Kerr with who he had son Flynn Christopher Blanchard Copeland Bloom. Now he is in living relationship with Katy Perry.

Thus with the decision to move with Perry, Bloom put the exquisitely furnished spaces with giant glass panels into the sales list, searching for another owner.

The house has an open floor plan, white walls, and white oak floors, so the space is filled with natural light and air. The center of the living room is a sofa located in a recess, which will comfortably accommodate a large company of family and friends.

To find such a sectional sofa, you can go to New York Furniture Outlets.

Directly from the living room, one can go to the pool with LED lighting and a fireplace in Bloom’s renovated house. The large white bedroom opens onto a terrace enclosed by a high hedge for privacy. Even the bathroom has glass sliding doors that let the bright Los Angeles sun into the room. The new owner certainly is lucky!

American actress and producer Reese Witherspoon, star of Legally Blonde, Walk the Line, and the drama Wild, directed by Jean-Marc Vallee, had shown her cozy mansion.

Reese Witherspoon’s ranch that was put on sale in 2012  is located in the small rural town of Ojai, in the suburbs of Los Angeles. The actress said that the house was her refuge. It reminded her of her childhood in Tennessee. Witherspoon added that as soon as she entered through the gate, time seemed to stop, and she felt like she’s finally resting. There is fresh air, no mobile communication and the Internet. What could be more beautiful?

It was originally not a residential building but a stable, which was built for the glassblowing magnate Edward Libby. Until now, in the district, the Witherspoon estate is called “Libby Ranch” in honor of the first owner. Only photographs of thoroughbred horses, found in the decoration of rooms, remind of the past purpose of the house.

Reese entrusted the interior decoration of the house to her friend – designer Kristen Buckingham. She had to transform the traditional home by incorporating modern elements into the furnishings of the rooms. Brick walls, Spanish tiles, stucco, old wood with exposed ceiling beams – Kristen inherited a traditional house with all the features arising from the historical context.

In the house, there are many antiques bought in Europe, for example, Swedish chairs with high backs from the 1760s in the study, English leather chairs of the 19th century in the living room. In addition, the decorator focused on the textile decoration of the rooms. The designer is also not indifferent to the style of Hollywood interiors of the 1920s and 1930s.

In the interiors of the bedrooms, you can see a lot of vintage furniture, as well as antiques – for example, a buffet from the 1830s, as well as a chandelier from the 1920s. The floors are wooden; in some rooms, they are covered with Turkish carpets. A kitchen with a long dining table overlooks the garden. The plank table is surrounded by antique Swedish chairs, leather-covered benches, and wrought-iron armchairs with soft seats upholstered in light linen and cotton.

There is an outdoor terrace adjoining the house with its own dining table – here, the Witherspoon’s kids, family gathered guests on sunny days. The property however is known to be sold at a loss of $817k.

Among the hills covered with lush greenery, that Hollywood actress Amanda Seyfried looked for a country house.

She entrusted designer Sarah Zames to show her such house but when Amanda Seyfried entered into her new home, the house was, of course, quite livable, but the interior could not be called “finished” in the usual sense of the word. Half of the planned work has not even begun yet. What an unheard-of audacity, you ask. Far from it! This is what the actress ordered.

Seyfried wanted to create something like a canvas, on which she would gradually overlay, layer by layer, textiles, art objects, decor items, and what she would do with her own hands.

Despite her star status, Amanda is completely indifferent to glamor and chose a country style for the interior of a country house. It was the 1920s house in Catskills in Upstate New York. The actress said that she loves it when there is a lot of natural wood in the house, wicker baskets. She loves the shabby surfaces and the atmosphere of the passing time.  Therefore, the designer Sarah Zames had to work hard to adapt it to the conditions of modern life.

First of all, she took up redevelopment, making two more spacious bedrooms from three small rooms. The number of windows  increased, and dormers added. The ceiling on the second floor was removed, exposing the beams that support the roof. Heated floors were installed in the bedrooms and bathroom. The barn converted into a guest house that was located next to the main building,

Most of the furniture is vintage found in American flea markets or purchased through e-bay. The actress spent most of her time in California, where she takes part in the filming of several films, but at the first opportunity, together with her husband, actor Thomas Sadoski, their little daughter, and their beloved dogs, she visited there to admire the scenery and take a break from the bustle of Hollywood.

Get More updates on celebrity news, entertainment, celebrity babies and much more on eCelebritymirror.