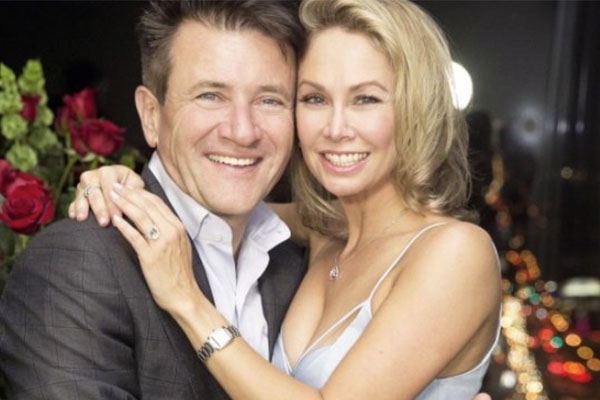 At the moment Diane is possibly single. Though her ex-husband Robert Herjavec is married to Kym Johnson, and they are parents to a twin named Hudson Robert Herjavec and Haven Mae Herjavec.

Diane and Robert had married in 1990 at Mississauga, Canada. After tying the knot and being together for almost 25 years, their marriage ended up in a divorce in 2015. People are calling Kym Johnson, Robert Herjavec’s current wife the reason behind the divorce and why not. After announcing the split from his ex-wife Diane Plese, Robert had posted a photo on his Twitter of him and Kym when they were participants of the Dancing with the Stars.

Unfortunately, Robert and Kym didn’t win and ended up being 6th it the show’s 20th season. There were rumours that Diane Plese allegedly parted ways from Robert when she found out the affair between him and Kym. But later on, Diane shut it down stating that Robert was a responsible and a caring husband and the main reason behind their divorce shall not be disclosed and kept private.

Nevertheless, it seems like Robert Herjavec ex-wife Diane is still in good terms with him. We are sure that Diane must have got a fair amount of share from Robert Herjavec’s massive net worth. Among the two of them, the divorce affected Robert the most as he even was on the verge of committing suicide.

It seems like after getting divorced from her ex-husband Robert, Diane has decided to live a private life. In the past, she had a Twitter handle where she tweeted mostly about her husband Robert but looks like Diane has taken a break from it.

Along with that Diane also tends to keep her children Brendan Herjavec, Skye Herjavec and Caprice Herjavec.away from the media limelight.