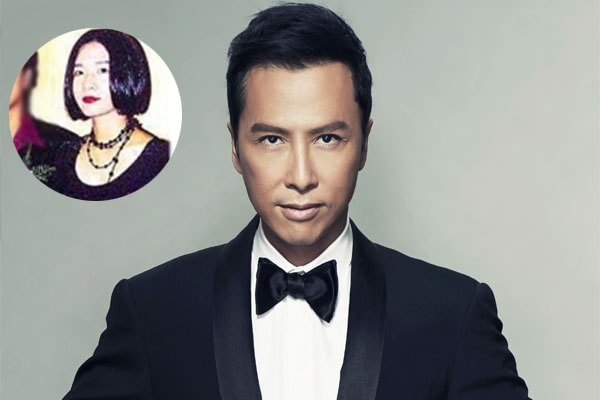 Donnie Yen got married to his ex-wife, Zing-Ci Leung in the year 1993. Image Source: Asian Crush

As of now, Donnie Yen‘s ex-wife, Zing-Ci Leung is living a low key life. The former couple tied the wedding knot back in the year 1993. Unfortunately, things didn’t go well between the two and the exes got divorced in 1995, just after two years of marriage.

The ex-pair shares a child together named Man-Zeok Yen aka Jeff. Jeff was born in the same year, his parents got divorced, that is in 1995.

Was The First Wife Of Actor Donnie Yen

Donnie met his first wife, Leung Zing Ci back in 1990. Some reports claim that the ex-couple began dating each other in 1993. Ip Man‘s star Donnie brought Zing Ci to the red carpet event for his film Heroes Among Heroes in November of 1993 and proudly professed his love for Zing Ci to the public.

Actor Donnie and Zing Ci got married secretly in the United States in 1993. However, the marriage ended in two years. After finalizing their divorce, the ex-wife realized that she was pregnant with Donnie’s son. The exes’ son, Jeff, was born in 1995.

Rumors claim that it was actress, Joey Meng that caused Donnie’s split with Zing Ci. However, he claims all the rumors to be absolutely absurd. It was reported that even if their marriage was over, the former pair still remained in close contact.

Although Donnie was not physically available due to his filming commitments, he provided all the necessary alimony payments for his offspring’s upbringing. The actor had even purchased a luxury home for his ex-wife and his son, Jeff and even giving an HKD 50,000 monthly living allowance.

Donnie is the perfect example around the world of a man with the devotion and love towards his family. He is currently married to his wife Cissy Wang and the lovely couple has two children together named James and Jasmine.

Donnie Yen’s Ex-Wife Is Not In The Media Limelight

As of 2019, the former and first wife of Donnie Yen is avoiding the limelight of the media. The apparent lifestyle of once called wife of actor and martial artist, Donnie Yen has not been revealed.

It is quite evident that Zing-Ci Leung is living a low key life. She is not active on any sort of social media. It looks like Leung doesn’t want to share her personal space with the media.