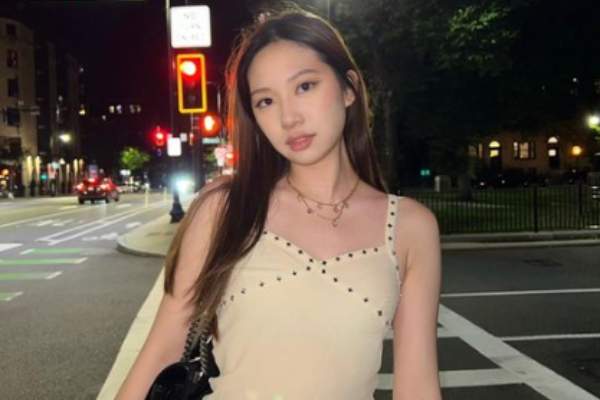 One of Hong Kong’s top action stars is an actor, martial artist, and director Donnie Yen. He is credited for bringing mixed martial arts into mainstream Asian cinema by choreographing in many of his films since the early 2000s. Yen was born in Guangzhou, Guangdong, China, on July 27, 1963.

His father, Klyster Yen, was a newspaper editor, and his mother, Bow-sim Mark, was a grandmaster in Tai Chi. His family relocated to Boston in the United States in 1975. Yen has three kids: a baby boy with his ex-lover, two with his wife, a girl, and a boy. Follow along and learn more about Donnie Yen’s daughter Jasmine Yen in this article.

As previously mentioned above, Donnie Yen has three children altogether. Jasmine is the eldest child of her dad and mom and the only daughter in the family. Jasmine Yen’s parents welcomed her in January 2004. Then, three years later, in December 2007, Yen’s brother, James W. Yen, arrived.

Jasmine W. Yen must have been ecstatic upon the arrival of his baby brother. They must share an adorable bond. Furthermore, DonnieYen’s baby girl also has a half-brother, Jeff Yen, who was born in 1995. Having a model mother and an actor father, what is Jasmine’s main interest? Let’s find out further.

Jasmine Yen, the model-like daughter of martial arts icon Donnie Yen and his wife Cecilia “Cissy” Wang, a former beauty queen, is undoubtedly no stranger to the internet. However, unlike her parents, Jasmine is more interested in singing and dancing.

Donnie Yen’s daughter has shown off her dancing at various events. For example, on her seventeenth birthday, Jasmine took to Instagram and showed her two-minute dance performance to the Paloma Mami song Goteo. The performance, choreographed by Danie Chan, had backup dancers, outfit changes, lights, and professional make-up. She reportedly loves to dance to Britney Spears and Dua Lipa songs.

Having been showcasing her spectacular moves for some time now, who knows, Donnie Yen’s baby girl might start her own girl group. Or could it be she is planning to go solo?

Jasmine Is Also An Incredible Singer

Jasmine certainly doesn’t appear to mind all the attention, based on all the magazine-worthy photos of herself on her social media. Taking of which, Cissy Wang’s daughter has appeared in Cosmopolitan Hong Kong and Vogue Taiwan.

Dancing and pretty face are not the only elements that Donnie’s child has been blessed with. Jasmine’s singing voice is something one has to know, and it has impressed Hong Kong. She even performed Greatest Love of All by Whitney Houston at the Save the Children Annual Gala Dinner in 2017.

Jasmine’s songwriting skills have made her parents proud. Donnie Yen’s daughter wrote a song titled No Man Could for her late grandfather. She sang on the piano, and Jasmine Yen’s dad posted on his Facebook. Thanks to her talent in songwriting and singing, in May 2022, she was accepted at the Berklee College of Music with a scholarship.

According to Jasmine Yen’s mom, every college that she had applied to accepted her, and Berklee was her choice since she was 15. Nonetheless, we wish her the very best for her college days.

Jasmine’s parents must be proud of what she is doing and pursuing. To sum everything up, we can say that Donnie Yen’s daughter, Jasmine lives a dream life with peace, comfort, and sanctuary. We wish the best for Donnie Yen’s and Cissy Wang’s precious gem daughter and hope she reveals more about her personal and professional life.

Jasmine is a popular girl’s name. The Persian-originated name Jasmine means a gift from God. It comes from the Persian word Yasmin, which means “fragrant flower” and refers to the plant.