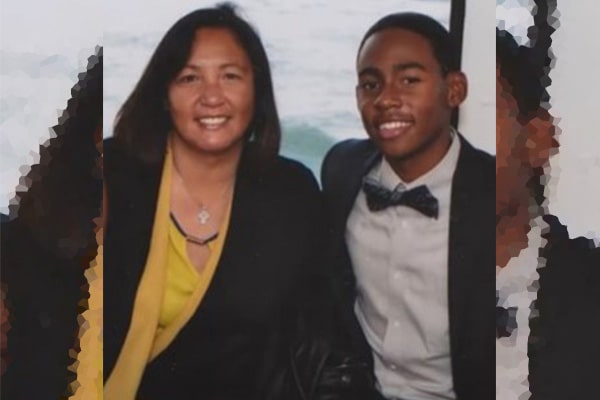 Melissa Esplana has been happily married to Dusty Baker for more than a decade. Image Source: Social media.

Like many other MLB former players who later become coach or manager of baseball teams, Dusty Baker, a former professional baseball player, is a manager of the Houston Astros. The well-known MLB player has a 19-year career as a hard-hitting outfielder playing for the Atlanta Braves and Los Angeles Dodgers teams.

Looking at his immense fame, it is not surprising that Dusty has such an extensive fan base interested in knowing everything about him, including his personal life. As a result, the public and the media are also curious to learn more about his family.

Hence, let us learn everything we can about Dusty Baker’s wife, Melissa Esplana.

Melissa Esplana has been happily married to Dusty Barker since November 27, 1994. However, she is Baker’s second wife as previously he was married to Alice Lee Washington. However, Dusty and his first wife parted ways, and after the divorce, he met his current spouse.

Moreover, Dusty Baker’s wife has supported him during his worst times, such as during his battle with prostate cancer. Although it is unclear how this beautiful couple met, one thing is sure that they are still together and living happily in Granite Bay, California, after more than two decades.

Has A Handsome Son

Melissa Esplana is a proud mother of her handsome son, Darren Baker, an emerging baseball player. In addition, in July 2021, he was drafted by the Washington Nationals. Before starting his professional career, Darren used to play baseball at the University of California, Berkeley.

Furthermore, many MLB fans must remember when  J.T. Snow saved a child from the home-plate collision with David Bell in Game 5 of the 2002 World Series. That child was no other than Dusty Baker’s son, Darren Baker. However, Baker does not remember this incident as he was just three years old.

Nevertheless, Dusty must be very happy seeing his son following in his footsteps. He has also won the 2021 California male Tom Hansen award. Besides, Darren, born on February 11, 1999, is the only child of Dusty Baker’s wife. But the Astros’ manager has one other kid with his ex-wife.

Dusty and his ex-wife have a beautiful daughter together. Her name is Natosha Baker, born on September 29, 1979. Melissa Esplana’s stepdaughter is a graphic designer who works at Dusty’s winery, Baker Family Wines. It is located in West Sacramento, California.

Natosha is already married and has given birth to a baby boy, Nova Love Smith. Melissa Esplana’s husband is happy to be a grandparent for the first time, just like she is.

Although she is the daughter of such a famous retired MLB player, Natosha and her husband live a life away from the spotlight.

Just like her stepdaughter, Melissa also tries to stay low profile as much as possible. However, being the wife of a well-known MLB personality, it is next to impossible to stay away from the media. Therefore, sometimes Melissa is seen attending events with her husband.

Moreover, Melissa is not active on any social media, so one can realize that she is a woman of secrecy. Nevertheless, Esplana must be living a very luxurious and comfortable lifestyle with her family as she has such a famous husband and son.

However, we hope to see Dusty Baker’s wife more in public so that we get the chance to know more about her in the upcoming days.