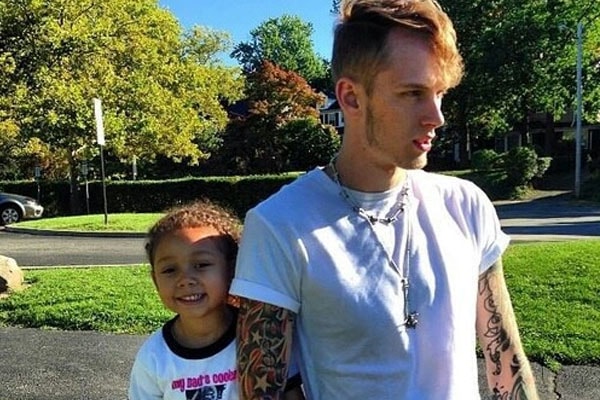 Richard Colson Baker, well known by the stage name Machine Gun Kelly is an American rapper, singer, songwriter, and actor who became a prolific celebrity in the music industry. Well, talking about his personal life, he is the father of an adorable daughter, Casie Colson Baker.

Well, he had his daughter with his baby mama, Emma Cannon. She is an unfamiliar face in the spotlight. It is still a mystery if Emma Cannon and her baby father, Machine Gun ever dated, or was it just a one-time thing between them. Anyway, let’s know more about MGK’s baby mama in detail.

We all know Machine Gun Kelly is a huge rap artist plus with his beef over Eminem‘s daughter Hailie Jade has made him even more famous. But despite his popularity, his baby mama Emma Cannon seems nowhere to be found. Emma hasn’t got a social media account, but if she does, then we must give her props for keeping it hidden till now.

Just by this, we can presume how much of a private person Casie’s mother is. Unlike many other ex-wives of celebrities, Emma Cannon tends to stay away from the limelight as much as possible. So we don’t think that MGK’s baby mama, Emma has ever appeared in the media for what so ever reason.

MGK, whose real name is Richard Colson Baker, had his daughter Casie with Emma when he was just 18. The pair reportedly met at a Blink-182 concert and their only child was born the same year.

It is still not disclosed that at what time did they split up, but by looking at how much time he spends with his daughter, we can presume that MGK still has got a good relationship with Emma. We are sure that Emma hopes the best for her daughter and the lady who will end up being MGK’s Wife.

In the past, MGK had released one of his rap songs titled “Her Song.” In the song, he talks about his former partner with whom he’s had some of his best moments. Plus, how the girl was by his side when he always needed her.

Well, it is still not clear for whom the song represents to, so could it be that MGK had written the song “Her song” for his baby mama Emma Cannon and maybe dedicated the song to her only.

Despite all of that, MGK’s baby mama, Emma is very much of a private person and does not like showing up in the media and spotlight. As of now, the baby mama seems to be happy with her low-key life.

Emma Cannon and MGK’s daughter Casie Colson Baker was born on July 23rd, 2008. You can often spot adorable Casier alongside her father, attending various events. At times, MGK also uploads photos and videos of his little one singing his rap songs together.

We bet that Emma is more than happy to see her daughter Casie hanging out with her father. Perhaps she visits her daughter sometimes to have a great bond and connection with her daughter as well.