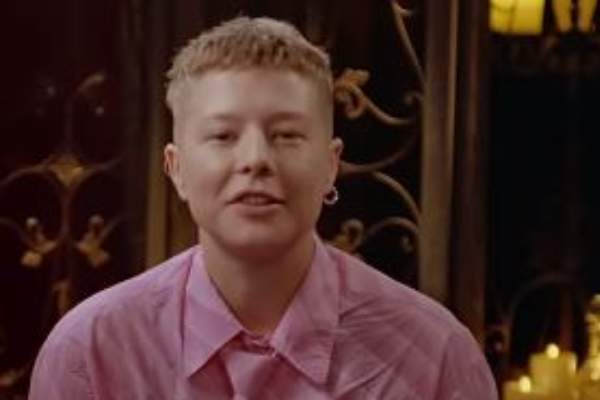 Emma D'Arcy has not talked much about their love life. Image Source: Social Media.

House Of The Dragon has become one of the most-watched series over the years. A prequel to Game of Thrones (GOT), it is based on parts of Fire & Blood, a novel written by George R. R. Martin, and is set about 200 years before the events of GOT. In December 2020, it added three more key players to its cast, or we can say it found more Targaryens.

Among them is Emma D’Arcy, an English film, television, and theatre actress. They have appeared in several movies and series like Midbehavior, Mothering Sunday, Wanderlust, Hanna, and others. Since being cast in House of the Dragon, their fame has grown immensely. People mainly wonder about their love life. So, in today’s article, let’s know who Emma D’Arcy’s partner is.

Emma plays Rhaenyra Targaryen, the king’s dragon-riding daughter. It is their biggest acting gig to date. Not many know, but Emma identifies themself as non-binary and uses they/them pronouns. Furthermore, their character has an ongoing battle with what it means to be a woman and is a fundamental outsider. Emma further added that their character is terrified of getting locked into motherhood and is cautious of how her position would be different if she were a male.

In an interview with The Hollywood Reporter, D’Arcy revealed that as a non-binary person, they have always found themself repelled and pulled by masculine and feminine identities. Also, in another interview, the actor talked about how their character is someone who they think is at odds with her gender because of the position she discovers herself in. They further added that they are interested in all gender questions.

After the show’s trailer was dropped, fans called the London-born film star captivating and a masterclass in casting. Many of them have tweeted about their excitement regarding the show. Several of them have loved their performance and hope they keep up with their expectations.

Who Is D’Arcy’s Partner In The Series?

As mentioned earlier, Emma portrays Rhaenyra Targaryen in the House of The Dragon series. As per the book that inspired the show, she gets married to Laenor Velaryon. He is the son of Princess Rhaenys Targaryen and Lord Corlys Velaryon and is portrayed by Theo Nate (for younger Laenor) and Matthew Carver (for child Laenor). The pair also have three children.

However, their marriage came to an end when a friend, Ser Qarl Correy, killed Laenor. Then, Rhaenyra gets married to Daemon Targaryen, portrayed by Matt Smith. So having been married to two guys in the series, who is Emma D’Arcy’s real-life partner? Are they in a relationship or single? Let’s find out in the following paragraphs.

Who Is Emma D’Arcy’s Partner?

As stated above, Emma came into the limelight because of their role as Rhaenyra Targaryen in the HBO Series House of The Dragon. However, even after being in the limelight, they have not talked much about their personal details. So, could Emma, who identifies themself as non-binary, possibly be single?

But on the other hand, Pop Buzz has reported that Emma might be currently dating Thomas May Bailey. Fans speculated about their relationship after he shared a few snaps with the actor. Furthermore, Emma D’Arcy’s alleged partner is a director. Going through his Instagram, we can see that he shared photos of the pair during the series premiere in July 2022.

Nevertheless, let’s hope we learn the truth about the speculated couple’s relationship soon. Hopefully, the gorgeous lady will come at ease to talk more about their personal details in the media and give insights into their life away from the glamour. We wish them immense success and happiness in the coming days.