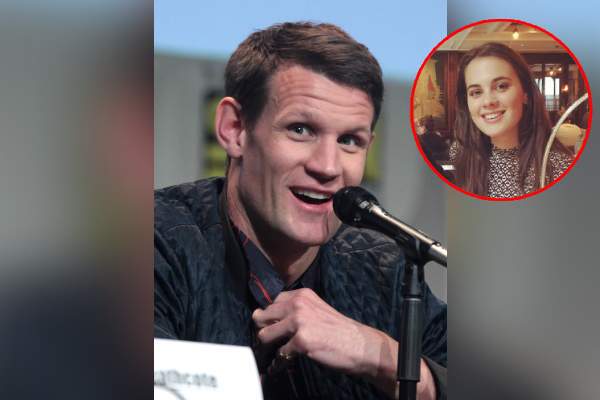 Matt Smith, born Matthew Robert Smith, is a well-known English actor. He is popular for his roles as the Doctor in Doctor Who, Daemon Targaryen in House of the Dragon, and Prince Philip in The Crown. For the latter role, Smith earned a Primetime Emmy Award nomination. He is considered one of the most successful actors of his time.

As a result of his professional success, Matt has come into the limelight for a very long time. However, he has kept his personal life away from the media. Therefore, many must be wondering who his partner is. Has he married? Let’s find out about Matt Smith’s wife or girlfriend.

Is Reportedly In A Relationship

As per Mirror UK, the Crown actor is reportedly dating a woman named Caroline Brady. However, it is not known how the rumors started.

Furthermore, Matt Smith’s alleged girlfriend is the sister of Millie Brady, who stars in The Queen’s Gambit. Caroline’s sibling starred along with Anna Taylor-Joy, who is set to star along with Matt in the film Last Night In Soho. So, the mixing world of the actors might have resulted in the supposed connection.

Moreover, according to a source, Millie’s friends were excitedly saying that Caroline was seeing Matt. On the other hand, both of them have not revealed much about the relationship and are yet to confirm on social media. So, for the time being, it remains a mystery if it is just a rumor or if the pair are actually dating.

Who Is Matt Smith’s Girlfriend, Caroline?

As mentioned earlier, Millie Brady’s sister is supposedly dating the House of Dragon star Matt Smith. So, many might be wondering who Caroline is.

Aforementioned, Caroline and Millie are siblings. She was welcomed by Peter Brady and Carol Brady. In addition, she is vice president of Fundamental Equity Impact Investing at Black Rock. Matt Smith’s girlfriend went to St. Mary’s School Ascot and graduated in 2009. Then, she earned her BSc Hons in Neuroscience and Biomedical from Newcastle University in 2012.

Moreover, in September 2014, Matt’s partner joined BlackRock as a Securities Lending & Finance – Trading & Liquidity Product Specialist. In January 2019, she was promoted to Vice President of Sustainable Investing Research. Since October 2019, she has been serving as Vice President of Fundamental Equity Impact Investing of the same company.

While Caroline has been working in a completely different field than her sister and boyfriend, she must be earning well. We hope she gains more success in the coming days.

Before dating Caroline, Matt had been linked with several other women in the past. He was allegedly dating British actress Billie Piper. The rumors about their relationship started after the duo worked together on BBC dramas Secret Diary of a Call Girl and The Ruby in the Smoke. However, they never confirmed their relationship. But, Caroline Brady’s boyfriend was seen hand in hand in 2006 at Surrey fete with Piper.

In 2009, Matt was in a relationship with Mayana Moura, a Brazilian actress. However, they broke things off the same year. Likewise, Matt and model & actress Daisy Lowe dated for many years before parting ways in 2013.

Before dating Caroline, Smith was in a relationship with Lily James. The duo worked together on the set of Pride and Prejudice and Zombies. However, the rumors of their split began in December 2019.

After that, Matt and Caroline’s relationship made the headlines. But, as mentioned earlier, the couple is yet to confirm the news. Hopefully, they will do it soon. Similarly, we hope to know more about Matt Smith’s partner in the coming days. While Caroline Brady’s boyfriend has said about wanting to have a family one day, will the pair tie the knot? We wish them love and light.