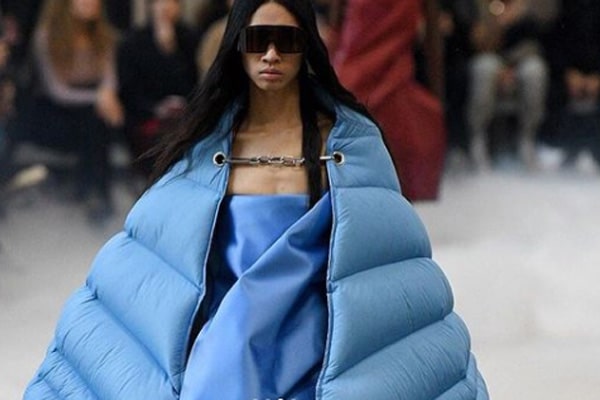 Noah is an emerging model in the industry. Image Source: Instagram/loserthrift.

The fashion industry is definitely not everyone’s playground. Even with a perfect physique and everything, a lot of aspiring young models fail to achieve success here. But, this isn’t the case with the Filipino model, Noah Carlos. The 19-year-old model, currently working for the modeling agency IMG, has revolutionized the fashion industry.

Noah has inspired a whole generation of young models. While the fashion industry remains a battlefield for young models, Carlos has made it their own in less than two years by getting quite a lot of exposure. A lot of things about this astonishing model has not reached out to the masses. With that in mind, we have got together some interesting facts about the model, so don’t forget to stick to the very end.

Probably one of Noah’s biggest achievement so far was being featured on Vogue’s top 14 models. On the list released in March of 2019, Noah made it to the list of talented models like Giselle Norman and Ana Barbosa. The list focuses on new emerging models who are taking the industry by storm through their stunning looks and physique.

Noah was undoubtedly overwhelmed by excitement after the selection. As the model’s career is relatively new and still growing at an alarming rate, there is no boundary to things that Noah can achieve. Carlos is a promising youngster with a strong passion to complete the dream. Let’s hope we see this emerging talent at new heights in the near future.

Noah has a keen interest in thrifting. In fact, the model got into modeling through it. In an interview with CR Fashion Book, Noah mentioned the amount of exposure from thrifting. Carlos had a friend who used to sell goods in an app to make extra money from old clothes. This inspired Noah to do the same and it became a hobby for the youngster. Noah added,

I was selling things from Forever 21 that I wasn’t wearing anymore, and then that’s when I started thrifting, and when I was over it, I would sell it. I was like, ‘Woah! I could make money selling vintage.’ It just kind of happened. Then, people were like, ‘We want more! We want more!’ so I gave into their needs and it blew up from there as well.

Noah also used to wear the clothes from thrifting and it was the very reason for the young modeling aspirant to get into modeling. Trying out vintage clothes to oversized flannel and mom jeans. Noah has a thrift shop Loser Thrift on Depop which sells a variety of clothes. Thrifting has been the best gift for the teenage model who could not afford to buy expensive fancy clothes.

Although Noah has the looks of a female, the 19-year-old model is non-binary. They don’t dress like a normal male person while also not fitting with the females. At first, it was the clothing brought home from charity stores and trying them in the mirror, that they began exploring their gender identity. Soon they found out to identify as non-binary. Noah’s identification as both Filipino and a queer was a challenging task in the modeling industry but soon they got a hold of it.

Noah was first scouted on Instagram through IMG and at Camp Flog Gnaw, Isabel-one of the scouts approached them and asked if they were interested in modeling. Their journey into modeling has been inspirational to many like them. From trying outfits from their own shops to model for a prestigious agency, Noah’s career has taken a huge leap.

Noah’s mother Iresa has been fully supportive of her child from the very beginning. When Noah first started to wear women’s clothing, Iresa would just tell them it was fine to wear anything of their choice. Noah who has not officially come out to their mother believes they have a special bond with her. A bond that needs no words to describe your situation. Noah’s mother has always been the best support of everyone in the family from their gay uncle to their aunt who got pregnant before marriage.

Iresa has never made Noah uncomfortable to talk about anything. The bond these two share surely is exemplary and Iresa is a typical Filipino woman who is very accepting of any situation. Currently working as a medical assistant, Iresa has made her child prouder than ever through her love and support.

Modeling has been a hit or miss for generations. Those who get the exposure they need can succeed while others slowly drift away. In Noah’s case, they have been lucky to get exposure from a young age. Carlos who currently lives in Orange County, California has been part of shows like Maison Margiela, Helmut Lang, and Dries Van Noten. They have also received various endorsement deals that make the most of Noah Carlos’s net worth.

As we already know modeling can have huge money under it, Noah’s success has definitely made quite a lot of again. Moreover, they also have a thrift shop which makes a decent amount of money. Even though we do not have an exact estimation of Noah Carlos’s net worth, they must have a commendable one.