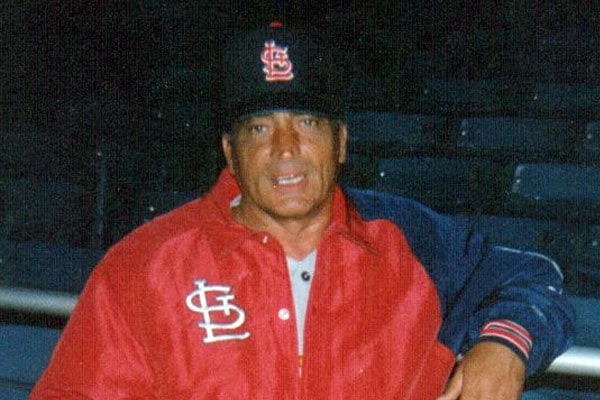 Katharine Ross, born Katharine Juliet Ross, is one of the leading film, stage, and television actresses of the American Entertainment Industry.  Ross, who made her film debut in the civil war-themed drama Shenandoah, has been actively working in the film industry for over half-a-century now. Still, her fans enjoy watching movies performed by her, and many emerging actresses take her as their idol. Some of the famous films starring the beautiful actress include The Graduate, Tell Them Willie Boy Is Here, and several others.

The beautiful and charming acting diva, Katharine Ross, is currently in a marital relationship with actor Sam Elliott. However, before this, she married and divorced four more men, including Gaetano Lisi. This was her fourth marriage, and it also resulted in a divorce like her previous ones. Here, take a peek into some more facts about Katharine Ross’ ex-husband, Gaetano Lisi.

Gaetano Lisi exchanged the wedding vows with celebrity personality Katharine Ross on 19 August 1974. They met a year before their marriage on a film set. At the time, Gaetano was a technician, and a chauffeur on The Stepford Wives set while Ross was starring in the movie. Before the former couple met, Ross had already achieved immense success in the industry as a theatrical actress. A few months after tying the knot, Ross won the Saturn Award for her performance in the 1975 film The Stepford Wives.

The ex-couple, Gaetano Lisi and Katharine Ross, enjoyed their marital relationship for almost four years. However, various marital issues arose in their relationship after four beautiful years. Eventually, they decided to part their ways away and officially separated on 31 December 1979.

According to some online sources, Ross met her future husband, Sam Elliott, when she was still married to Gaetano Lisi. The future couple, Ross and Elliott, worked together on the movie The Legacy, which helped them become friends. They continued to see each other after the shooting was over and fell in love with one another a few months later. Soon after Ross and Lisi’s divorce settlement, Sam Elliott married Katharine Ross, and they are living happily ever after.

Katharine Ross’ Ex-husband, Gaetano Lisi, Has Some Film Credits To His Name

Katharine Ross’s former spouse, Gaetano Lisi, also has some movie credits on his name. Lisi had brief appearances in the films Carlito’s Way and Planes, Trains & Automobiles. Similarly, as an actor and assistant director, Lisi worked in the films like Groundhog Day and Three Men and Little Lady.

Gorgeous Katharine Ross’ ex-husband, Gaetano Lisi, has showcased his acting skills in many other movies that did not get enough fame. Since separation from Ross, he has only had few movie appearances and stayed entirely far from the media reach. So, not much is known to the public about his professional life.

As we mentioned above, Katharine Ross’ ex-husband, Gaetano Lisi, stayed entirely away from the media after his divorce from Ross. However, there is one Facebook account on his name which lets his fans get updated about his life.

According to the Facebook page of Gaetano Lisi, he passed away at the age of 80 on 16 December 2020. As mentioned on the page, he succumbed to cardiorespiratory arrest, septic shock, and a perforated viscus. Moreover, Lisi even tested positive when admitted to Englewood Hospital. He used to live at the Lillian Booth Actors Home in Englewood, New Jersey. Lisi’s remains were interred at The Long Island National Ceremony.

It seemed like Lisi was single after separation from Ross till his death in 2020. He might have tied a marital knot secretly, but there is no information about it to date. The Facebook post announcing his death stated that Katharine’s ex-partner Gaetano Lisi is survived by his cousins Denise Lisi and Richard Lisi. While the news of his demise is tragic, we hope that the former actor finds peace.