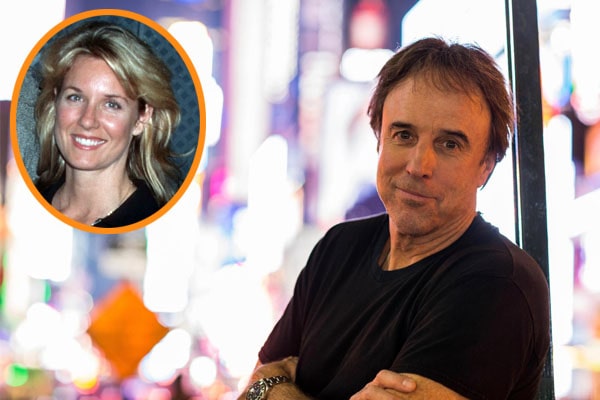 There are many cases of celebrity divorce in the Hollywood Industry, and it’s not a surprise at all in the present. Among numerous celebrated personalities, actor, and comedian Kevin Nealon is also one of the personalities who also experienced a failed marriage once. Currently, in a happily married relationship with actress Susan Yeagley, Kevin Nealon was previously in a marital bond with Linda Dupree.

Here, in this article, learn some facts about Kevin Nealon’s ex-wife, Linda Dupree, along with some information about her life before and after meeting Kevin.

The Saturday Night Live star Kevin Nealon exchanged wedding vows with Linda Dupree in 1989 in a private function attended by their family and friends. As reported in People magazine, Linda met Nealon in A.L. while Nealon was there to watch a stand-up comedy show, and she was with Nealon’s friends in the audience. At the time the duo met, Linda was a model and stuntwoman. A year after conducting a bicoastal relationship, Dupree and Nealon married in 1989.

Linda Dupree and Kevin Nealon enjoyed their marital relationship for almost thirteen years. In an interview, Linda said that when she met Nealon, she thought he was the nicest guy she ever met, and after marrying him, she was sure of it. They used to live in a three-bedroom apartment in Greenwich Village with their three kittens. They were so much in love with one another that Nealon even became a vegetarian and an animal-rights activist with Linda’s help. However, Linda and Kevin could not continue their relationship as husband and wife for long. Though it was really challenging for both of them, they divorced in 2002.

As mentioned earlier, while Linda and Kevin were together, they used to live in Greenwich Village. The former couple even shuttled to a two-bedroom ranch house in Hollywood during Kevin’s Saturday Night Live breaks. Besides that, the former husband-wife duo, Linda and Kevin, bought some houses around the nation while they were together. They purchased a 1,546 sq. ft. house in Manhattan Beach in 1999 and a 2,810 sq. ft. house in Woodland Hills, California, which Nealon transferred to Linda’s name some years after their divorce in late 2006.

Currently, Linda Dupree’s ex-husband, Kevin, resides in Pacific Palisades, California-home, with his new wife, Susan Yeagley, and son, Gable Nealon. As for Linda, she almost vanished from the media limelight after separating from Nealon. So, it is unclear if she lives in the Woodland home or relocated to another place in the present.

Besides being a former stunt woman, Kevin Nealon’s ex-wife, Linda Dupree, also has some movie credits to her name. She appeared as a stunt performer in the American action TV program, The Fall Guy in the early 1980s. Moreover, she played a role of a mud wrestler fighting John Candy in the 1981 war comedy film Stripes. Other TV shows in which Linda Dupree appeared include Chips and Female Mud Wrestling Championships.

Linda does not seem to be available on any of the social networking handles. As a result, her life is quite puzzling to find out what she does for her living in the present. We hope we will find about it soon and update you. As for now, Kevin Nealon’s ex-wife, Linda, lives a blissful life far from the reach of public scrutiny.