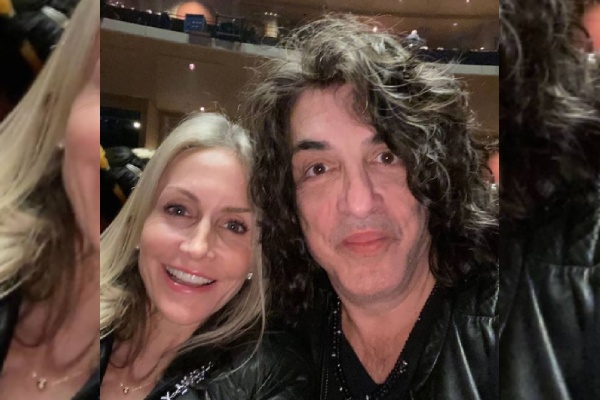 Paul Stanley and Erin Sutton have been married for more than 15 years. Image Source: Instagram/paulstanleylive.

Known as the co-founder, co-lead vocalist, and rhythm guitarist of the rock band Kiss, Paul Stanley is a music sensation. Throughout his exceptional career with Kiss, Paul has made several memorable songs that are popular to this date. Stanely, along with his bandmates Gene Simmons, Eric Singer, and Tommy Thayer, has toured all around the world and garnered millions of fans.

Well, we already know quite a lot about Paul’s musical prowess, so why don’t we take a look at his personal life? The singer has married twice, first to Pamela Bowen for nine years and then to Erin Sutton from 2005. Erin and Paul have been married for more than fifteen years now, and we have gathered some interesting facts about her. So, don’t forget to read the whole article to know Paul Stanley’s wife Erin Sutton better.

Erin First Met Paul When He Was Fifty

Erin first met her future husband, Paul, when he was fifty years old. Paul has always been very thankful and humble about meeting the love of his life. The couple met in a restaurant and hit it off immediately. They have been together since and have nothing but love for each other. Paul mentioned when he first saw Erin, he was compelled to talk to her, and the first attraction has only grown afterward. Now, the 68-year-old has known Erin for almost two decades, and his love for her has not faded even an inch.

Regularly Appears With Her Husband On Award Ceremonies

Erin can be regularly seen appearing with her husband at award ceremonies. The couple has been noticed together on numerous occasions like Grammy Awards, Spirit of Excellence Awards, and Freedom Awards, to name a few. The couple was also spotted at Ringo’s birthday at Capitol Records Building on July 7, 2014, in Los Angeles, California. Erin captured photos with Joyce Varvatos and Loree Rodkin during the visit.

So, Erin is always by her husband’s side whenever he needs her, and the same can be said for Paul. The couple has been exemplary in terms of relationship, and a lot of new ones must learn from them.

Her Profession Is Unknown To Public

Even though Paul Stanley’s wife Erin regularly appears in public, her profession is completely unknown to the masses. The couple has not revealed anything about Erin’s work, and Paul has also not mentioned anything about it in any of his interviews. Whatever she might be engaged in, one thing is for certain that she is getting all the love and support from her husband.

Erin Is A Mother Of Three

Well, even though Erin’s profession is totally unknown, we sure know the fact that she is a mother of three. Paul Stanley’s wife, Erin, gave birth to their first child Colin Michael Stanley on September 6, 2006, whereas Sarah Brianna Stanley and Emily Grace Stanley followed him on January 28, 2009, and August 9, 2011, respectively. Erin has been a wonderful mother to all three of her children. Apart from her own children, she is also the step-mom of Paul’s son Evan Shane Stanley born from his previous marriage.

The Stanley family spends most of their time together and has a great love for each other. Whenever Paul needs to get away from family due to work, Erin handles all the children as smoothly as butter. Erin is surely a super mom to her children.

Paul Stanley’s partner Erin has a private Instagram. With less than 150 followers, the page is probably reserved for close friends and family. She really seems to enjoy her privacy even though she is the wife of one of the most influential rock singers of all-time. Although she is away from social media, she does make an appearance every now and then with her husband. Her decision to remain low-key on these platforms is quite understandable, given the negative impact of a large following on social media pages.