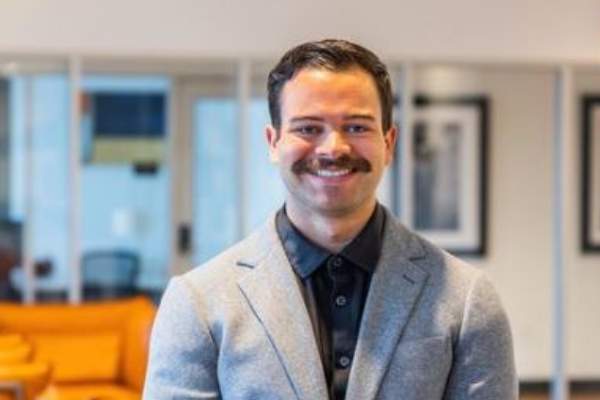 Frankie LaPenna is a social media influencer from America. The TikTok and YouTube star and director of Photography, LaPenna is famous as “the green screen guy.” He often posts several comedic content and skits. Within a few months of posting videos in which he does skydiving, fishing, or other activities while in Zoom meetings, he received several million views.

Frankie’s fame has made several fans curious about his love life. So, who is Frankie LaPenna’s girlfriend? Is he married? Let’s find out in this article.

Who Is Frankie LaPenna?

Frankie grew up in Grand Rapids, Michigan, with his brother Joey LaPenna, who has already passed away. He has not shared much about his family besides his late sibling. As per sportskeeda, the social media star attended Grand Rapids Christian High School. Then, he went to Grand Valley State University, from where he earned a degree in Bachelor of Applied Science (BASc) in Cinematography and Film/Video Production.

Frankie is widely recognized as the green screen guy. He first went viral due to his videos in which he goes on wild adventures while being in the midst of a virtual meeting. In his videos, he could be seen doing different activities like skydiving, fishing, and playing basketball while in zoom meetings.

LaPenna has more than 700K followers on his Instagram, and many people love his videos. Another thing that made him even more popular is a khaki-wearing character with a big butt. His character does not talk much but walks around surrounded by bodyguards.

Many might think he got such a big bottom after working out however it is fake. Nonetheless, fans have loved each of his videos and they are curious to know if he is in a relationship. So, keep reading to find out.

Is He Seeing Someone?

Frankie started his YouTube channel in 2011. He gained fame through his channel and TikTok account, in which he started posting content in December 2020. His most popular video is “Undercover car zoom call with green screen” on YouTube channel, which got more than 63 million views.

As his videos started getting more popular worldwide, one question that constantly circled with LaPenna was about his love life. Talking of which, as per sportskeeda, he is currently dating Kayla Lewicki. She sometimes appears on his social media posts.

Furthermore, Frankie LaPenna’s alleged girlfriend works as a producer and in the wardrobe department of Ozone Films. Like him, she is also from Michigan. Well, the truth of the speculated duo’s relationship still remains hidden. But the assumed pair look good together. Hopefully, they will reveal about their relationship soon.

As mentioned earlier, according to sportskeeda, Frankie LaPenna’s girlfriend is Kayla Lewicki. He has posted a few times with her. While the duo has not talked much about their relationship, fans often ship them.

Moreover, going through his social media, Frankie shared several pictures with a girl, Summer Smith, around 2016-2017. He uploaded the first picture with the girl in June 2016. However, no photos of the duo have been seen since 2017. So, could it be Summer is Frankie LaPenna’s ex-girlfriend?

Likewise, around late 2015 and early 2016, LaPenna shared pictures with another girl named Lillie Moaier. However, it is unknown whether the pair were dating or just friends.

It seems like Frankie’s past relationships could not be that successful. But let’s hope his love life goes smoothly in the coming days. Hopefully, he will reveal whether he is dating Kayla Lewicki for real or not in the future.