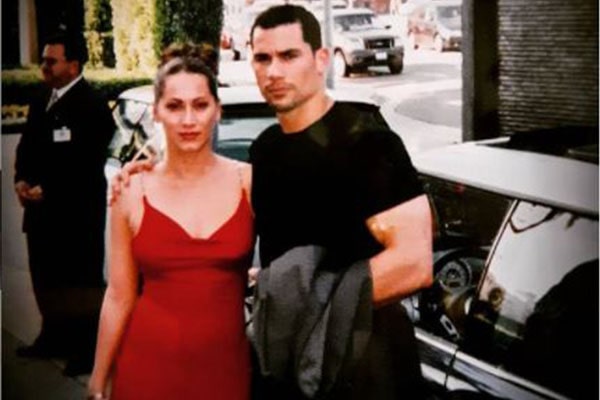 Franky G, who also goes by the name Frank Gonzales is a famous American film and television actor. He is recognized for his role as Xavier in Saw II. Apart from this, Gonzales has starred in various movies and series and also worked as a producer and director in a few.

The popular actor is a married man and is in a blissful marital relationship with an actress, Frances Lozada. Now let’s learn more about the lovely pair of Franky G and Frances Lozada and their children.

As mentioned before, the famous actor Franky G has been married to the beautiful actress Frances Lozada. They have been married for quite a long time now and have two beautiful children.

Frances Lozada, who is also involved in the entertainment business, started her career as a professional dancer. She has danced the Mambo/Salsa in various groups throughout New York City. She then worked in various theater productions and then worked her way into film and TV. Apart from acting, Frances has also worked as a producer and production manager.

Well, Lozada has starred in various movies in her career, and given below are some of the most popular of the bunch:

Frances must have earned significantly from the movies that she has starred in. Furthermore, she has also appeared as a guest star in the television series Blue Bloods. Thus, Frances Lozada’s net worth must be of substantial, like her husband, Franky G’s net worth.

Got Married After Dating For Some Time

As fans came to know that the talented actor is married and is living a happy life with his family, they were left with questions on when the lovely duo of Franky G and Frances Lozada tied the knot. Their admirers are still curious about how long the lovely pair were together before exchanging their marital vows.

Once, Franky posted a photo of him with his wife with a caption where he mentioned about their first date 20 years ago. So, it is sure that they began dating somewhere around 2001. However, the lovely pair has not revealed their marriage date. They have been with each other for a very long time and have two beautiful children together.

Apart from sharing a blissful marital life, Frances and Franky G have also worked together in the entertainment sector. They co-directed a controversial short film called A Cry Within. The movie was screened at the Soho International Film Festival NYC 2010 and also at the SAG Foundation screening in NYC. During the interview with Film Festival Today, both of them described their working experience in the movie.

As stated earlier, the couple has been with each other for a very long time now. Throughout their blissful marital life, the lovely couple welcomed two kids together. Franky G’s son is his oldest kid whom the lovely duo welcomed on April 24, 2008. His name is Xavier Gonzales. Franky G and Frances Lozada also have another child, a daughter, whom they welcomed around 2013. They all live happy and blissful life.

The adorable pair of Franky G and Frances Lozada have been with each other all these years and are now great parents to two children. Franky is supportive of his wife and children. So, let’s hope that they all live a happy and comfortable life.