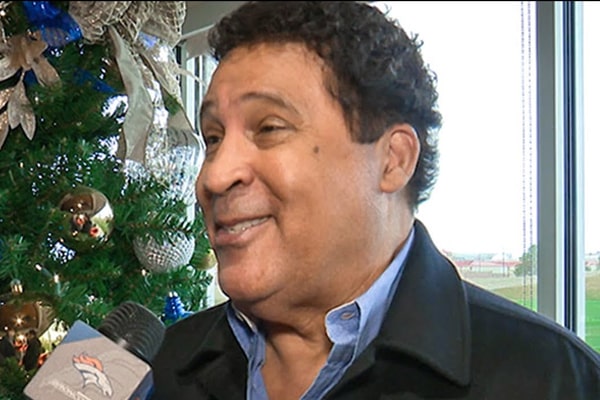 Greg Gumbel is a veteran American television sportscaster known for his several CBS Sports contributions, including the National Football League, NBA, and NCAA basketball. He is of Creole ancestry and became the first Afro-American announcer to call play-by-play a major sports championship in the US.

Presently, Gumbel is serving as a play-by-play broadcaster for the NFL on CBS and the studio host for CBS’ men’s college basketball coverage. Besides having a glorious career as a sportscaster, Gumbel is a loving husband to Marcy Gumbel. The couple has been sharing the love for several decades, but we rarely hear about Greg Gumbel’s wife, Marcy.

Therefore, here is everything about Gumbel’s soulmate, Marcy Gumbel.

Life changes drastically with one’s progress. Such was the case with CBS Sportscaster Greg, and his wife, Marcy Gumbel’s life. She has been leading a very private life while vigorously supporting her husband’s career.

Furthermore, Gumbel’s wife, Marcy, was born as Marcella Kaszynski on April 3, 1949. She worked as a business manager before completely shutting the world from her life. The Gumbel pair crossed the country for several years before settling in Florida.

Unfortunately, Marcy remains away from the media scrutiny even today, and Greg barely ever talks about his family. Despite that, we can point out that his wife’s consistency wildly supported Greg’s long sportscasting career. Though she might have chosen to stay quiet, she must be living a healthy life with her husband.

Love is a hard act to prove one’s consistency, and the faith and loyalty that follow are as rare as astatine. However, Greg Gumbel is blessed with a beautiful partner as Marcy Gumbel since 1973.

Every sports lunatic can agree that Greg is a staple of the sports world, specifically March Madness. As his career grew, his support system became more firm, and his family, including his spouse, has been a pivotal part of his success.

The soulful Gumbel couple married in 1973 and has kept their business to themselves ever since. They have entered their septuagenarian years together and are still celebrating love. So, people can grow grey together, eh?

Moreover, the Gumbel couple was already a parent before walking down the aisle.

A Mother Of One

Bryant Gumbel‘s brother, Greg, has had the freedom to stay in the sports world as his in-build support i.e., his family, is immeasurable. Aforementioned, the couple had welcomed a baby four years before their marriage.

Marcy and Greg Gumbel’s daughter, Michelle Gumbel, was born on May 12, 1969. Unlike her father, she is not into sports, and like her mother, she has remained out of the media radar so far.

Michelle, too, is walking in her 50s and is happily married, raising her own family. Michelle’s father fondly remembers an incident where she innocently wanted her father to know she had fun in the Georgetown-Notre Dame game without understanding anything. Well, she just wanted to be sweet.

Although Greg and his wife enjoy their love in private, we could hear one or two things about Marcy in the coming days. Let’s hope she remains in good health until then.