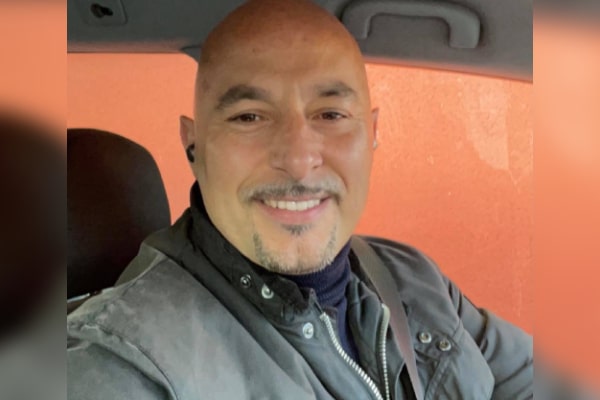 With her epic performances and charisma, the British actress Hannah Waddingham has won the hearts of millions. The Primetime Emmy Award-winning personality is widely appreciated for her role in the Apple TV+ comedy series Ted Lasso. The English filmstar has been in the entertainment industry since 2000.

Aside from being a skilled actress, there are several things you might not know about her. For instance, stuff like, who is Hannah Waddingham’s partner? Do they have any children together? Thus, keep reading till the end of this piece to discover some interesting facts about the Ted Lasso star’s personal life.

Together For Over A Decade

There is one question that has been surrounding the Into the Woods actress, i.e., whether she is married. Well, the answer is No, but she has been with her partner Gianluca Cugnetto for over a decade. However, Waddingham’s fans must already be familiar with this fact, considering the pair have attended many public events together. Still, their first encounter and dating history remain a mystery.

Gianluca Cugnetto’s girlfriend often shares his pictures but makes sure not to reveal his face and avoids using tags. As per Romper, Hannah Waddingham’s partner used to share articles about her on his Facebook account. But the posts appear to have been deleted from his feed. Regardless, the pair have a solid bond and support each other wholeheartedly.

As already mentioned, the duo has been together for over a decade, so has there been any wedding news? Who knows, they might be planning on it.

Hannah Waddingham’s Partner Is A Hotelier

Hannah Waddingham’s partner comes from an entirely different field. The Italian man hails from a family of restaurateurs. As reported by many articles, Gianluca is an accomplished hotelier who describes himself as a food & drinks guru. He specializes in delivering luxury customer service and has extensive experience, having worked at hotels in the countries like Dubai, Cyprus, and the Maldives.

As per hosco, the handsome man is the general manager at Chateau de Codignat. Additionally, he previously served as a manager of Hotel Du Vin. Back then, the successful hotelier promised to make the hotel number one in Brighton. Aside from that, previously, the food and drinks guru was the director at Le Meridien in Dubai and The Sheraton. Not only that, he also worked in the Maldives, the Caribbean, and London for seven years.

Nonetheless, Cugnetto seems to have accomplished considerable success in his career. He must also have amassed a hefty sum to his name.

Also Read: Is The Actor Murray Bartlett Dating Anyone?

Father Of One Lovely Daughter

The gorgeous actress and her partner welcomed their first baby, Kitty, in 2014. The pair are busy with their schedules and often travel to different places while working. Gianluca’s lady love often used to bring their child on the set.

Have baby,will travel! On set of “Partners in Crime”. pic.twitter.com/6eRF7TIydt

Furthermore, Kitty was quite ill when she was young. Hannah Waddingham’s daughter was diagnosed with an autoimmune disorder called Henoch-Schonlein purpura (HSP). The condition causes inflammation of the small blood vessels. The actress once shared that although being a mother was her priority, she still wanted to work. When she got a chance to feature on Ted Lasso, whose shooting set was only thirty minutes away from her house. As such, she was able to be close to her precious baby, and Hannah later revealed that the series saved her.

The actress even put her Emmy award in Kitty’s room to remind her that she is never away from her unless it is for a good reason. It’s evident that the Cugnetto-Waddingham couple prioritizes their little girl and spends a lot of quality time together.

Nonetheless, Hannah Waddingham’s partner is doing well in his professional life. In addition, he is also enjoying a loving relationship with his gorgeous beau and is enjoying fatherhood. We wish the Ted Lasso star and her partner a lasting bond.