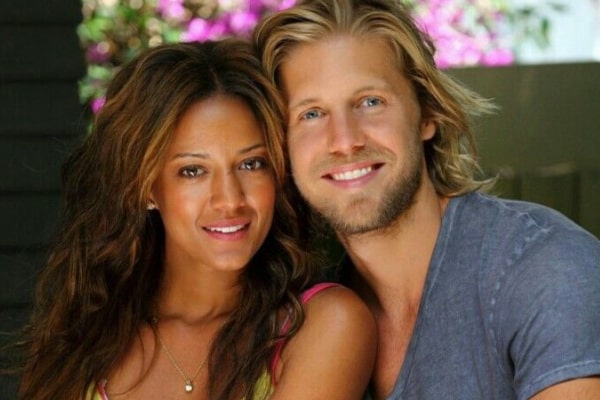 Heather Hemmens and Matt Barr are both American actors who have been involved in the industry for decades. They have been in the news due to their relationship for many years. However, their approach of keeping things hidden away from the media has made the general masses wonder whether they are still dating or not?

Both the stars are well-accomplished TV personalities. Heather is popularly known for her role as Alice Verdura in CW’s Hellcats and Barr for History Channel’s Hatfields & McCoys.

Regardless of everything, people are still puzzled about Heather Hemmens and Matt Barr’s love life. Below, let us dig up the love bird’s journey together and figure out whether they are still dating.

They Began Dating Sometime Around 2011

Despite keeping their relationship off the hooks on social media, Heather Hemmens and Matt Barr began dating sometime around 2011.

The 6’1″ natural blonde actor is the perfect fit for the 32-year-old, as seen in the limited pictures of them together. Aside from the height proportionate, the fans also admire their relationship concerning their races.

As the Layover actor is of American origin, and his significant other of Puerto Rican origin.

As of 2021, the celebrity couple is still together despite minimal information regarding their relationship. While neither Heather Hemmens nor Matt Barr has talked about their love life, the pair seems to be enjoying a wonderful life together.

Matt Barr’s girlfriend, Heather Hemmens, is excelling in her career with roles in Netflix’s “Dad Stop Embarrassing Me!” alongside Jamie Foxx and CW’s “Roswell, New Mexico.”

As for her partner, the 37-year-old recently worked in CBS’s “Blood & Treasure” and CW’s “Walker“. Despite being at the prime of their careers, the love partners for almost 10 years, are yet to be engaged and start their own family.

Heather Hemmens’ boyfriend, Matt Barr, starred alongside her in the 2010 hit TV series, Hellcats. The comedy-drama has 22 episodes, with Aly Michalka, Ashley Tisdale, Robbie Jones, and Jeremy Wong as some of its stars.

The show portrays the competitive world of cheerleading. Matt Barr & Robbie Jones, who appeared in “One Tree Hill,” provided the show with more eyes.

Back then, Matt was dating someone else but would commit to his current girlfriend and never look back.

The Couple’s Past Relationship

Dating is always a headliner in the showbiz industry as the media is always trying to blend personal and professional life together.

Both Matt Barr and Heather Hemmens were previously in a romantic and steady relationship. Matt reportedly dated Aly Michalka where as Heather used to date Robbie Jones.

Like his relationship with the Yellowstone actress, Heather, Matt Barr, and his ex-girlfriend Aly Michalka’s rumored love bloomed away from the spotlight.

Aly Michalka was nominated twice in the 2011 Teen Choice Award for female scene-stealer. The Easy A actress was also one of the leads in Hellcats, where she co-starred with her alleged ex-boyfriend and his present girlfriend.

The American actress, singer-songwriter, model, and musician is married to Stephen Ringer since 2015 and enjoying a healthy lovelife.

Like Matt Barr and his alleged ex-girlfriend, Robbie Jones and Heather Hemmens also had the same scenario. Both of them starred in the same show, Hellcats.

Love Rectangle In The Hellcats

The university-oriented show had more to offer than just a normal love triangle. As mentioned above, both Matt Barr and Heather Hemmens starred alongside their former partners in the show.

Hellcats not only gathered attention for its drama in the show but also for its drama in real life. The four individuals ended up with others for their own good and have maintained a good relationship ever since.

The long-time companions have done an excellent job in keeping things to themselves. So much so, they don’t post their lovelife on their social media.

There is also no information regarding what the couple do and enjoy together. They value keeping things personal rather than going public.

There has been a couple of instances where Heather and Matt have appeared together on award shows. The couple made their first appearance in the 139th Kentucky Derby and even had matching outfits in white.

Nevertheless, despite living low-key, Matt Barr and Heather Hemmens are enjoying their lovelife. Since they have dated for almost 10 years, we hope they tie the knot in the days to come.