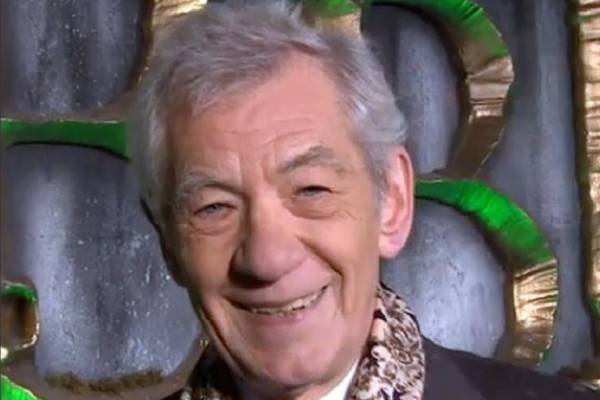 It is not know if the popular actor, Ian McKellen is married or is dating someone. Image Source: Ian McKellen Instagram.

The news of a new The Lord of the Rings television show making its debut nearly two decades after the first LOTR movie’s release has created a new level of excitement among the fans. At the same time, many fans are eager to know if the original cast members will reprise their roles in the series. They are also curious to learn about the personal life of the casts.

Ian McKellen is one of the cast members of the film series who has gained worldwide prominence. He is the one who portrayed the role of Gandalf. LOTR fans undoubtedly know who Gandalf is. But for those who don’t, he is the leader and mentor of the Fellowship of the Ring, a wizard, one of the Istari order. Ian is considered one of the greatest English actors who has spent more than seven decades in the entertainment industry.

Various fans have questioned his love life and are eager to know who has stolen the veteran actor’s heart. Well, many may not even know that Ian is gay. So, in this article, let’s learn who is Ian McKellen’s husband and more about his lovelife.

Has Been In Multiple Relationships

While many know about Ian’s professional life, very little is known about his personal life. However, until now, the English actor has had two public relationships. His first partner was Brian Taylor, a history teacher from Bolton. The couple began their relationship in 1964 and Ian, who previously lived in Nottingham, moved down to London and took a place in Kensington to live with Brian. Then, the couple lived together for the next eight years until breaking up in 1972.

Six years later, in 1978, Ian met Sean Mathias at Edinburgh Festival. The couple dated for a decade and called it a quit in 1988. The now-separated pair might have broken up because of the conflicts over Ian’s successful acting career versus Sean’s somewhat less successful one. Despite being in a relationship for a decade, Sean is not Ian McKellen’s husband.

Moreover, the former duo also owns London pub The Grapes together, which they had bought along with Evgeny Lebedev. Furthermore, Ian McKellen’s ex-boyfriend, Sean, also directed him in a play, Waiting for Godot, in 2009 at the Theatre Royal Haymarket.

Although the relationship ended, the former couple continued to work together on different projects and has collaborated on business ventures. So it seems like the ex-lovers have made peace with everything and become friends again.

Also Read: Know Who Will Reeve’s Girlfriend Is

With his immense popularity, Ian’s personal life has been in the media attention for many years. As a result, many fans often search about who is Ian McKellen’s husband. Some even thought Sean to be his husband, but their relationship ended before they could think about marriage.

It is not known if Ian dated anyone after his breakup with Sean. Moreover, he seemed to have focused on his acting career. Eventually, his works kept on becoming a massive hit, thus increasing his popularity and wealth. As a result, he received several prestigious awards and accolades and established himself as one of the most successful English actors of all time.

However, despite the popularity, the actor has chosen to keep his personal life private and has rarely spoken about it in the media. Thus, it is not clear if he is married or is dating someone. Nevertheless, let’s hope he opens up about his love life someday in the future.

While Ian McKellen has not revealed anything about his love life, he is known for his bromance with fellow actor Patrick Stewart. McKellen and Stewart have been close for over two decades. They are considered to have the best bromance in all of Hollywood.

Not only that, but pictures of Ian McKellen and Patrick Stewart kissing each other during the London premiere of “Mr.Holmes” went viral. They constantly support each other in amazing ways.

Similarly, Ian also officiated the wedding of Patrick and jazz singer Sunny Ozell. During The Jonathan Ross Show, Ian announced about the news.

In the interview, Ian said that he was going to marry Patrick. But after thinking about his words, the LOTR star stumbled and put it in other words, stating that he would be officiating at his beloved friend’s wedding.

Moreover, let’s hope we get to know more about Ian McKellen’s lovelife in the coming days.