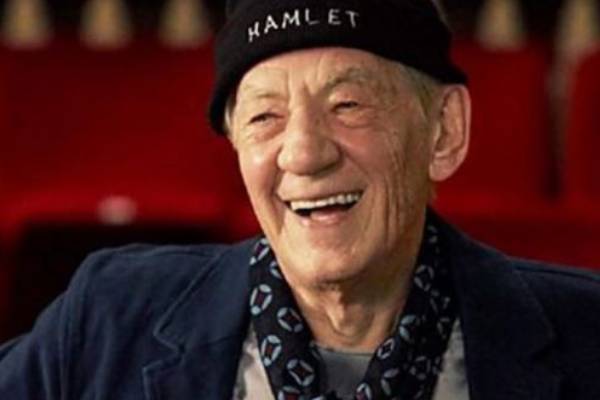 If you have watched the popular film series, The Lord of the Rings, then you might be familiar with the character Gandalf. In J. R. R. Tolkien‘s novels The Lord of the Rings and The Hobbit, Gandalf is the leader and mentor of the Fellowship of the Ring, and a wizard of the Istari order. In the film series, the actor who portrayed Gandalf was the English actor, Sir Ian Murray McKellen, also known as Ian McKellen.

Ian is one of the most successful actors with his career spanning over six decades. And in many years of his professional career, McKellen has bagged several awards and accolades. In addition, he has worked on dozens of projects that have become an enormous hit, thus helping him gain worldwide prominence.

So, apart from the immense popularity, how much fortune has the successful actor amassed to his name? What are his earning sources? So, let’s learn about Ian McKellen’s net worth and earning details in this article.

Ian McKellen Net Worth And Earnings

As mentioned above, in almost seven decades of an acting career, the famous English actor Ian has won many awards and accolades. Besides that, he has also amassed massive wealth. Well, Gandalf has definitely earned multi-millions dollars worth of fortune as Celebrity Net Worth reports that Ian McKellen’s net worth is $60 million.

Similarly, as per The Richest, Ian’s fortune is $55 million. The amount might vary, but it is clear that he has earned multi-million dollars in his acting career. So, how has he earned such a vast net worth? What are his earning or income sources? Let’s find out all about Ian McKellen’s income sources.

In 1969, the legendary actor Ian McKellen acted in his debut film, A Touch of Love. Since then, he has worked in more than seventy movies. Among these different projects that he has acted in, the film that helped him gain worldwide prominence is X-Men, where he played the role of Magneto. Then, he was cast in The Lord of the Rings to play Gandalf, which made him more famous, and he received several awards and accolades along with a considerable sum of money.

The table below shows the box office collections of different movies Ian McKellen has starred in, as per Rotten Tomatoes.

Furthermore, Ian also starred in The Hobbit: The Battle of the Five Armies, the third and final installment of Peter Jackson‘s three-part film based on the novel The Hobbit. The movie had a box office collection of $187.8 million. Not only that, but he has also portrayed the roles of Sherlock Holmes in the famous 2015 movie, Mr.Holmes, which became successful and has a box office collection of $14.2 million.

Here are some of the famous roles that he played in different shows over the years.

Besides television, Ian is also known for his theatre roles as he started his professional career on the stage. In 1961, he made his debut appearance at the Belgrade Theatre, where he acted as William Roper in A Man for All Seasons. Apart from that, several other theatre roles have helped him earn an immense fortune.

Similarly, in 2019, Ian celebrated his 80th birthday by performing in a one-man stage show titled Ian McKellen on Stage: With Tolkien, Shakespeare, Others and You. It commemorated several performances that he did throughout his career.

Furthermore, Sir Ian also has Broadway credits, including Wild Honey, Waiting for Godot, Dance of Death, The Alchemist, No Man’s Land, and many others. For his broadway credits, too, he was nominated for several prestigious awards.

Ian must have earned considerably from his roles. As the actor is still very dedicated in his career, he’ll undoubtedly make more. Because of that, Ian McKelle’s net worth might increase significantly in the future.

Also Read: Learn About Ray Allen’s Net Worth And Earnings

Apart from his acting career, the legendary English actor has also earned significantly from different ventures that he has been involved in. In September 2011, he bought a 300-year-old pub in East London. It was close to his residence and had special significance for him. Along with Ian, Evgeny Lebedev and Sean Mathias are leaseholders, while Paul Mathias serves as the pub manager.

Ian must be receiving significant profits from the pub. Similarly, as a famous actor, he might have several endorsement and sponsorship offers from various brands, which helped him earn a considerable sum of money. Thus, from the income sources mentioned above, Ian McKellen’s net worth of $60 million seems reasonable.

As mentioned earlier, Ian McKellen‘s fortune is estimated to be $55 million. With such a huge fortune, there’s no doubt that he lives a comfortable lifestyle. He currently resides in London, United Kingdom, and must be paying a considerable amount of tax.

Similarly, Ian might have a good car collection, for which he must have made a good insurance policy. As stated above, many of his works are yet to be released, and undoubtedly he will earn more in the future. As a result, there will be a considerable increase in his net worth in the future.