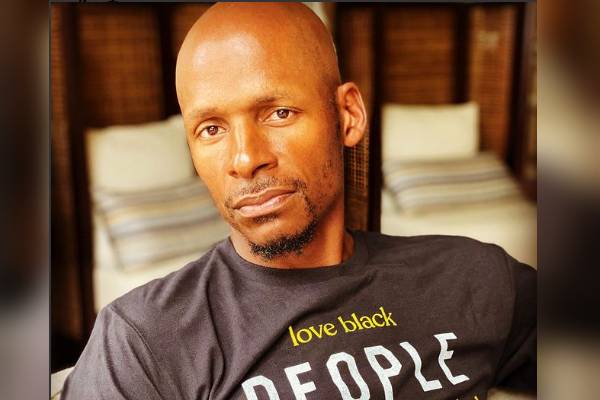 The former player was also a member of the University of Connecticut basketball team before turning to professional basketball. In addition, Allen was also inducted into the Naismith Memorial Basketball Hall of Fame in 2018. It is evident that the former athlete has found great success in his pursuits.

Owing to that success, he has acquired a fortune of $100 million for himself, according to Celebrity Net Worth. So, in this article, let us look at Ray Allen’s net worth and earning sources.

Ray Allen Net Worth And Earnings

People best recognize Ray Allen for his legendary basketball career. The all-around former basketball player experienced numerous ups and downs throughout his playing career. Despite this, he never gave up and consistently improved his performance.

Undoubtedly, the former player has also amassed a sizeable fortune from his profession. So, Ray Allen’s net worth of $100 million, which he accumulated throughout his illustrious playing career, should come as no surprise.

Earnings As A Professional Basketball Player

Ray Allen is known for many things, yet it was his professional playing years that garnered him much fame and fortune. As previously stated, the former player began his career as a University of Connecticut basketball team member. His outstanding performance during his collegiate years then earned him a place in the professional league.

In 2003, the Bucks traded the player to the Seattle SuperSonics, later named Oklahoma City Thunder, for Desmond Mason. Following this, the former athlete signed a 5-year, $85 million contract extension with the Sonics which included $80 million in salary and $5 million in bonuses.

Allen elevated his team to new heights and achieved many accomplishments throughout his tenure. The player broke Dennis Scott‘s ten-year-old NBA record for 3-point field goals in 2006, which Stephen Curry would later break. However, the former player missed the remainder of the 2006–07 season as he had ankle surgery on both ankles.

The following are Allen’s salary along with the teams and timelines:

Looking at the salaries, it is safe to conclude the former basketball player made millions yearly from his playing career alone. Moreover, he was listed among the highest-paid NBA players several times. So, Ray Allen’s fortune must have skyrocketed from his professional playing years.

Ray’s Salary As A Coach

The world was saddened when they heard about Ray Allen’s retirement. However, staying away from one’s roots is seldom easy. Likewise, Ray has returned to the sports industry and currently serves as the Gulliver Prep High School basketball team coach.

While Ray Allen’s salary as a coach are unknown, on average, a basketball coach earns around $19.23 per hour. But, given the former player’s rank and experience, there is no doubt that the Gulliver’s coach is making more than the given average amount.

Nonetheless, the retired athlete still has a long way to go. Undoubtedly, Allen’s net worth is sure to improve in the coming years.

Allen is also an outstanding actor, apart from being an award-winning athlete. Having managed his playing and acting career simultaneously, his earnings include his income from his acting career.

The following are some of the movies in which Allen has starred in along with the timeline:

His first movie, He Got Game, grossed about $21,567,853 at the box office. Similarly, Harvard Man made around $56,653. So, it is safe to presume that Ray Allen’s fortune improved quite a bit as the lead star in both films.

With Ray Allen’s net worth counted to be over millions, many expect him to flaunt his wealth and lifestyle on social media. Still, the basketball coach appears to be a private person who does not appreciate flaunting his fortune in public. So, it is safe to state that we won’t be spotting the star sporting diamond chains or flaunting designer clothes any time soon.

That being said, the celebrity is not hesitant to share a few glimpses of his life with his admirers. Taking a look at Ray Allen’s Instagram, he occasionally shares pictures of him and his family going on lavish vacations around the globe and partaking in luxurious activities.

Moreover, in 2014, he purchased a mansion in Coral Gables, Florida, for $11 million. Moreover, Celebrity Net Worth estimates that the house’s current value is between $14 million and $20 million. Clearly, the millionaire is enjoying a comfortable life even if he does not see the need to flaunt his assets to the world.

Aside from living a luxurious life, Ray is also philanthropic in nature. The now-retired athlete founded The Ray of Hope Foundation, a non-profit organization, in 1996. The organization supports sports-related and community-based projects which provide opportunities to less fortunate youngsters to achieve their full potential in sports.

So, let us give our best wishes to the former basketballer, hoping that he will continue to do good in the world and assist those who are less fortunate in achieving their dreams.