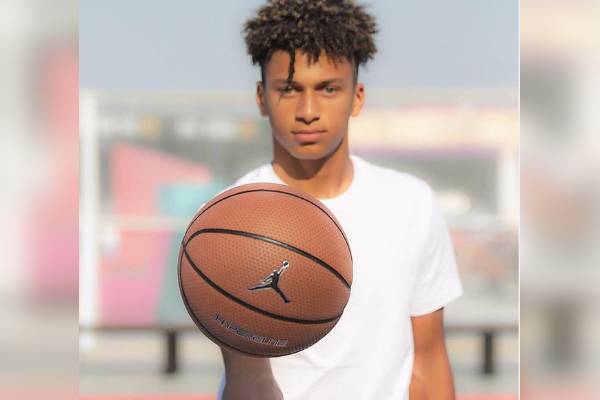 There is no doubt that people regard Walter Ray Allen Jr. as one of the greatest basketball players of all time. The athlete’s career was so on point that people still look up to the outstanding playing years after retirement. Moreover, Ray Allen was also inducted into the Naismith Memorial Basketball Hall of Fame in 2018 after 18 seasons in the NBA.

Evidently, Ray Allen’s professional life has been stellar up to this point. Likewise, his personal life has been going smoothly. The former athlete lives a blissful marital life and is a doting father of five kids. Moreover, his children have also developed a love for sports. As a result, they have gained much media attention.

So, why don’t we learn more about Ray Allen’s son, Walter Ray Allen III? Furthermore, let’s look at how far the aspiring basketball star has progressed in his journey to becoming the greatest player of all time.

Has A Large Family

Ray Allen and his wife, Shannon Walker Williams, welcomed their first son, Walter Allen, in 2004. Their eldest one is named after the former athlete and his father, Walter Allen Sr. The oldest of Ray Allen’s sons is a brother to three: Walker Allen, Wynn Allen, and Wynstan Ryan Allen.

Moreover, Walter is also a loving half-sibling to Tierra Allen, who the former basketballer welcomed with his former partner Rosalind Ramsey.

All of Allen’s children share a close bond, and the siblings often pop on their parent’s social media accounts. Shannon frequently expresses her appreciation and considers herself incredibly fortunate to be the mother of such lovely children. Moreover, Walter’s parents educate their children about many social issues so that they can mature into responsible adults in the future.

We can all agree that the relationship between a parent and a child can be tricky, especially when you have multiple kids. They might be your best friend or your worst enemy, or perhaps both. But, looking at how the celebrity parents raise their kids, it is clear that family comes first for them. Likewise, Walter places a high value on his family and loves them just as much, if not more.

So, let us wish Walter Ray Allen’s family and hope that their relationships will only become better over time.

Like father, like son, Walter Allen has grown up to make a name for himself in the sports industry. As people expected Ray Allen’s son to continue the family legacy, they applauded his decision to continue in his father’s footsteps.

At present, Allen plays basketball at Gulliver Prep high school, a private school in Miami, Florida. He plays as the shooting guard, and people often praise his skills on the court. Moreover, many people even compare him to his father.

The emerging athlete has yet to appear in a significant match. However, considering his abilities, he has a good chance of becoming a star in the future. Moreover, Walter will undoubtedly flourish in the sports industry with such a talented personality as his father to guide him.

As a result, we should expect great things from the gifted shooter in the years ahead. For the time being, let us all send Walter Ray Allen our best wishes and wish him success in the future.

Who Is Walter Ray Allen’s Girlfriend?

The fact that he is Ray Allen’s son is enough to pique people’s curiosity in Walter’s life. Now, on top of being a star child, he has the reputation of being a rising athlete. So naturally, people are intrigued about the promising athlete, and his personal life is bound to come up in conversations. As a result, many people wonder if Walter is in a relationship.

Sadly, Walter has kept his lips sealed regarding relationships and personal affairs. So, it looks like the question of who Walter Ray Allen’s girlfriend is will remain unanswered for the time being. That being said, the celebrity kid did pose for his homecoming with a beautiful girl named Maya Visser.

However, whether or not Maya is Allen’s sweetheart is not known. Whether or not the celebrity child has a girlfriend, there is no doubt that he has a swarm of female admirers with his stunning looks. So, finding a future partner will be no problem for Ray Allen’s kid.

Well, when Walter does find his soulmate, he will not hesitate to share the news with the world.

Walter is a typical boy name of German origin which means commander of the army. Similarly, Ray is also of Germanic origin, which means wise, advisor, or protector.