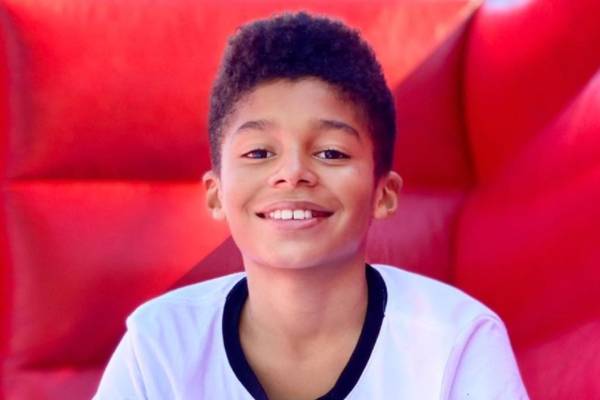 Walter Ray Allen Jr. aka Ray Allen is a former professional basketball player who played in the National Basketball Association. The athlete competed with various teams in the NBA for 18 years. He is widely considered one of the greatest shooters of all time. In addition, in 2018, he was inducted into the Naismith Memorial Basketball Hall of Fame.

While Allen’s professional life has been great so far, his personal life could not get any better. The former professional basketballer is married and has five amazing kids. What is more applauding is that most of his children are involved in sports, including his youngest son.

So, why not get to know the future athlete a bit better in this article. Furthermore, let us also see how Ray Allen’s son, Wynstan Ryan Allen, is growing up.

Ray and his partner named every one of their kid to have tha initials W.R.A. and admitted that they had a few names in their mind when it came to naming their youngest one. However, they later decided that Wynstan would suit him best.

While the siblings have the same initials, it is not the only common thing they share. With their brown hair and similar facial features, Wynstan and his brothers are the spitting images of each other.

The celebrity kid and his family have a special bond and are each other’s support system. Wynstan’s mother loves her children and frequently expresses her gratitude on Instagram. Moreover, the youngest of Allen’s kids is exceptionally close with his half-sister Tierra, and the two spend a lot of time together.

When it comes to parenting their children, Ray and Shannon are adamant about raising them to be responsible individuals who are aware of the world’s problems. Ray also makes his children watch the news so they can be mindful of the current political issues in their country.

It is evident that Wynstan Ryan Allen’s parents are doing an excellent job raising the boys. So, let us hope that the youngest of Ray Allen’s sons will grow up to make his mom and dad proud.

With a father and older brothers, all involved in sports, the odds are stacked firmly in your favor that you will develop an interest in athletics at some point in your life. Well, the same may be said for Allen’s son, Wynstan. From early on, he watched as his family excelled in the sports industry and eventually decided to join them and share their fame.

Moreover, Ray and his wife continuously encourage their kids to pursue a career in sports. Shannon Walker’s Instagram feed is full of praise for her children’s accomplishments, as well as encouragement to push them in the right direction. In addition, she has also mentioned in her post that her youngest one is an excellent basketball and tennis player.

Wynstan’s mother has also published photos of him holding trophies and applauding his teammates. Taking a look at the pictures, it is clear that the celebrity child is already making a reputation for himself in the sporting industry. So, while he is still very young, it won’t be long before the world catches on to his talents.

For now, let us wish Ray Allen’s son the best for his future and hope that we get to see him sharing the spotlight with his family in the coming days.

Wynstan is a male name of British origin, which means joyful stone. And Ryan is of Irish origin and means little king.