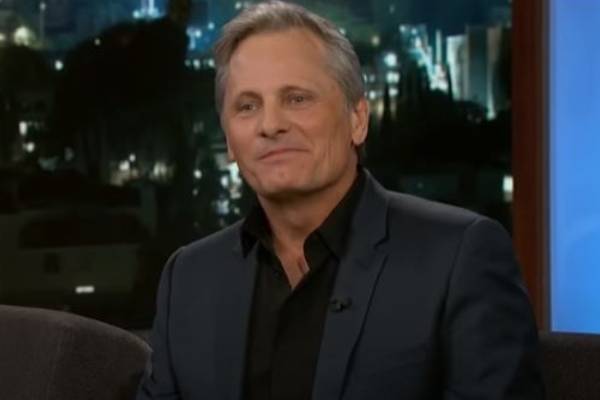 With a new adaptation of J.R.R. Tolkien‘s epic fantasy novel, The Lord of the Rings, making its way to the television world, fans of the book are very ecstatic. Furthermore, Viggo Mortensen is one of the cast members of the LOTR movie franchise who the fans have wished to see reprising his role once again. He had portrayed Aragorn, a Ranger of the North, who was first introduced with the name Strider and later revealed to be the King of Gondor.

Not only that but, fans also want to know about the actor’s partner, net worth, and many other personal details. So, to fulfill the curiosity surrounding him let’s talk in detail about how much the actor has made in the several years of his acting career and what are his other earning sources.

So, let’s find out about Viggo Mortensen’s net worth and earning details.

The famous American actor who played Aragorn in the popular film series, The Lord of the Rings, has worked in several other movies and television series. Thus, there is no doubt that he has amassed a tremendous amount of wealth.

Well, as per The Richest, Viggo Mortensen’s net worth is estimated to be $30 million. Similarly, Celebrity Net Worth reports that Viggo has a fortune worth $40 million.

But, whatever the amount is, the talented actor has amassed multi-millions to his name. So, how did he earn such colossal wealth? What are Viggo Mortensen’s earning sources? Let’s find out all about it below.

As a successful actor, movies and television is the primary source of income that helped Viggo earn such a considerable sum. He has been in the Hollywood industry for several years and has acted in many hit projects.

Before pursuing an acting career, Viggo worked at several jobs, including selling flowers in Copenhagen and driving trucks in Esbjerg.

After moving back to the USA from Denmark, Viggo pursued acting professionally. He made his acting debut in 1985’s The Purple Rose of Cairo. However, his scenes were cut from the movie. Therefore, his debut movie became the 1985 film Witness. The movie made a total of $65.3 million in box office collections.

After that, he acted in several other movies, which have helped him garner several prestigious awards and fortune. The table below shows some of the LOTR star’s movies and their box office collections.

The Lord of the Rings film series gave Viggo the mainstream breakthrough. He was a last-minute replacement for Stuart Townsend. When the offer came, he was hesitant to accept it, thinking he wouldn’t be able to give time to his son, Henry Mortensen. But his son’s enthusiasm led him to take the role of Aragorn.

Moreover, for his part in the 2004 movie, Hidalgo, Viggo reportedly pocketed $2 million. Since he has starred in many successful films, there is no doubt that Mortensen has earned multi-million dollars over the years.

Apart from the massive amount of wealth that he has earned from the movie, Mortensen has won a number of prestigious awards. He is known to be the actor who chooses his projects wisely, and maybe that’s why he has appeared in many movies in the past several years. Nevertheless, let’s hope to see our favorite actor in the new role soon.

Apart from the movies, Mortensen has also acted in different series or shows. In 1984, he made his television debut by acting as Lieutenant at LeBoeuf in the TV series George Washington. Some of the shows the actor has appeared in include Search for Tomorrow, ABC Afterschool Specials, and Miami Vice.

In America, the median salary of an actor is $50,782. Thus, he must have earned well from his roles. Furthermore, many of Viggo’s works are yet to be released. Thus, the Lord of the Rings star might be making more money from his projects in the future.

As a result, Viggo Mortensen’s net worth might increase in the coming days.

Has Worked As A Filmmaker

Any actor and actress getting involved in the filmmaking industry is not a new thing. Like other celebrities, Viggo also tried some of his luck in filmmaking. He has worked as a producer in Falling, Jauja, and Everybody Has a Plan. Similarly, he also co-produced Far from Men.

Furthermore, Mortensen also directed Failing. The multi-talented personality must have earned generously as a filmmaker.

Apart from his acting career, the famous Hollywood star Viggo Mortensen has been involved in other ventures, which have helped him earn money, thus increasing his wealth. Besides being a talented actor with exemplary acting skills, Viggo has also tried his luck in the music industry. He sang “The Lay of Beren and Luthien” which was included in the extended DVD edition of the Lord of the Rings: The Fellowship of the Ring.

In 2002, Viggo established a publishing company, Perceval Press. He had started the company with the money he had earned from The Lord of the Rings. It is named after the legend of Parsifal, the knight of the Arthurian legend who found the Castle of the Grail and saved the Fisher Kind.

Moreover, Viggo has worked on several albums with the guitarist Buckethead, and most of which have been released through Perceval Press. He is also an author who has published 15 books of poetry, painting, and photography. His first-ever collection of poetry was called Ten Last Night, published in 1993.

After being involved in all the aforementioned ventures, Viggo must have earned a generous sum of money. Thus, Viggo Mortensen’s net worth must have increased significantly over the years.

As mentioned earlier, Viggo Mortensen’s multi-million dollar worth of fortune is all thanks to his successful acting, writing, and filmmaking career. With such huge net worth, one cannot doubt that he lives a comfortable lifestyle.

Viggo owns a home in Los Angeles, located in Venice, California, where he lives part-time. Mostly, he lives in Spain with his girlfriend, Ariadna Gil. Moreover, he also owns property in northern Sandpoint, Idaho.

With prominence comes fans, media, and paparazzi hovering around you. The same has happened to the actor, and despite that, he seems to have kept his personal life very private. He rarely talks about it in the media and does not have any active social media accounts.

Nevertheless, let’s hope his work continues to become a huge hit, and he earns millions of dollars which allows him to live a luxurious lifestyle.