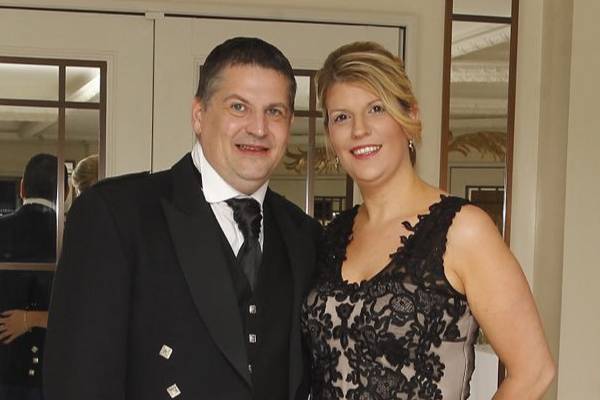 Former World Darts Federation and British Darts Organisation world number one, Gary Anderson is a well-known name in the sports industry. Having started his career from an early age, Gary has established himself as a prominent player in the Professional Darts Corporation (PDC). The sportsman has also won many championships. He also advanced to the 2020 PDC World Darts Championship semi-finals, where Peter Wright defeated him.

With the media constantly highlighting Anderson’s professional life and achievements, only a few people may be unaware of his victories. However, the public is in the dark about his personal life because he rarely speaks about it.

So, why don’t we learn some interesting facts about Gary Anderson’s partner, Rachel Ford, in this article? Let us also find out if the couple has married and has any children together.

As the dashing darts champion garnered fame and fortune, admirers are curious to learn about Anderson’s relationship with Rachel Ford. While some sources claim that the couple tied the knot back in 2015, others claim they have yet to exchange wedding vows. Even though the duo is frequently spotted together, they have yet to disclose their relationship status.

So, it looks like the questions surrounding Rachel and Gary Anderson’s marital status will remain unanswered for the time being.

Married or not, Rachel is highly supportive of her sweetheart and frequently attends his matches. Moreover, the two-time PDC World Champion often shares adorable pictures of his beloved and constantly praises her for all she does for him through his posts.

Looking at the pictures that the star has shared on his Twitter page, it is clear that the love-smitten pair are head over heels in love with one another. So, let us wish Gary Anderson’s partner well and hope to learn more about their relationship in the coming days.

Also Read: Find Out If Unghetto Mathieu Is Dating Anyone

Anderson might or might not be married at present, but he was previously married to Rosemary. However, the details surrounding his relationship with his ex-wife, like his current marital status, were completely hidden from the media. As a result, the reason behind the former couple’s divorce remains a secret.

The ex-pair did, however, welcome a baby boy Tai in 2014, so it would not be an exaggeration to say that it has not been long since the couple decided to call it quits. Their son remained with Gary after their divorce and now lives happily with his new family.

Moreover, Gary Anderson’s lover has a strong bond with her stepson and treats him as if he were her own. Rachel and Tai spend a lot of time together and are always posing for cute family photos together.

The eldest of Gary’s kids is currently in school and spends his free time darting. So, Tai may grow up to follow in his father’s footsteps.

Is A Doting Mother

As previously stated, the darts player has a son from a previous marriage who lives with him and his current partner. We can all agree that situations like these can be very messy if not handled properly. However, it appears that Gary’s son has grown accustomed to his current living situation and is content with his family circumstances.

Apart from Tai, the couple also has welcomed a daughter. Rachel Ford’s daughter, Cheylea River Anderson, was born on October 6, 2017. It is safe to state that the whole family was delighted with the new addition to their family. The proud father even took to his Twitter account to share the happy news with his admirers.

Since Cheylea Anderson’s birth, the proud dad has not stopped sharing special moments with his kids on social media. Taking a look at the pictures, one can guess that the family shares a tight bond. They are also frequently traveling to different places and living their life to the fullest.

There is no doubt that parenting is no easy task in this day and age, especially when you are a renowned celebrity. With their busy timetables, fitting in some family time can be difficult. Yet, both Gary and his lover put family first and, despite their hectic schedules, always make time for their children.

So, let us all wish the jolly family well and hope that their blessings multiply over time.

The press shoved Rachel Ford into the limelight out of the blue because of her association with the professional darts player. So often, the transition from living a peaceful and quiet life to having the paparazzi follow you around everywhere. Unsurprisingly, not everyone can withstand the pressure of sudden fame and tend to stay away from the limelight.

Likewise, Rachel Gary did not enjoy the glamorous lifestyle. It appears that she dislikes exposing her personal life to the public. So, it’s not surprising that the press has been kept in the dark about the couple’s romance.

Moreover, Anderson’s partner avoids social media, and while she has a Twitter account, the contents of her page are private. So, aside from glimpses of the celebrity wife we see through her husband’s posts, little has been revealed about her.

Nonetheless, with all of the riches amassed by the athlete, he and his family must be well-off. So, even if Gary’s partner doesn’t flaunt her lifestyle in public, we can assume she’s happy with her life.

Let us hope that we learn more about Gary Anderson’s lover in the future.