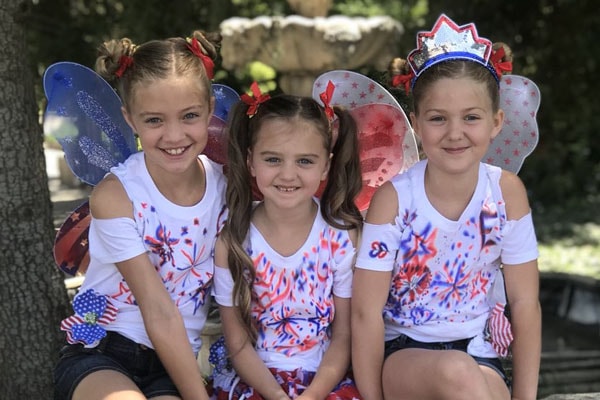 For some reason, Jaymeson’s mother Elizabeth has changed her name now and is known as Elizabeth Grace Gini.

Jaymeson Has Got Many Siblings

Apart from that, Jaymeson has got other siblings. The name of her family members are Claudia Gini, Elliette Gini, Emma Gini, Guiliana Gini. All of them are Jaymeson’s elder sisters. As she is the youngest amongst all, you can quickly pick her out from the family picture.

Jaymeson’s mother also tweets photos of her lovely family, and we can see how much cute and adorable the little Jaymeson is.

Now only time will tell us if the little Jaymeson also wants to enter the world of acting like her elder half-siblings. Nevertheless, Madylin Sweeten’s sibling Jaymeson Gini is too occupied being cute and sweet. Jaymeson also has a loving bond with Madylin and often spend time with one another.

As stated earlier, Jaymeson is the youngest daughter of Elizabeth and Jerry. Elizabeth was previously married to her ex-husband named Timothy Lynn Sweeten. After the divorce, Elizabeth and Jerry got married in 2017 plus Jerry also adopted the pretty Maysa Sweeten. All in all the family of nine lives a blissful life.