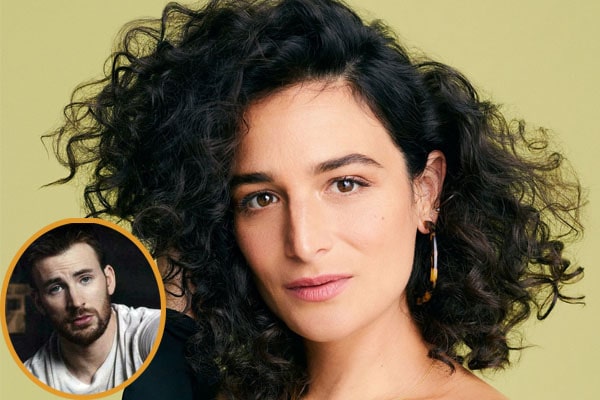 Jenny Slate and Chris Evans are not new names in showbiz. Both are well-known personalities who are ruling the Hollywood Industry with their charismatic performance in several acclaimed movies and television series. Jenny is best known as a former cast member of NBC’s Saturday Night Live. Also, she performed in several TV series and films like Bob’s Burgers, Parks and Recreation, and Kroll Show. However, Chris Evans is a more notorious figure among the pair, as he is mostly recognized as Steve Rogers or Captain America from the Marvel Cinematic Universe.

Slate And Evans’s Relationship Began In 2016

The admired entertainment personalities Jenny Slate and Chris Evans met in 2016 on the set of the comedy-drama film, Gifted. Sources told People magazine that their connection was undebatable. Those around Slate and Evans used to say that it was hard to ignore the sparks that flew between them. It was obvious that the pair were really into each other.

When the co-actors, Jenny and Chris, were not busy shooting, they would spend most of their spare time hanging out together. The then-lovebirds would have a lot of fun together, as well as with their crew members during breaks. Moreover, when Slate was on set filming, she and Evans were always together.

Furthermore, Jenny and Chris were always open about their romantic relationship. They attended numerous red carpet events and other similar occasions together. In 2016, Slate and Evans debuted as a couple at the premiere of Slate’s film, The Secret Life of Pets, at the Lincoln Center in New York City. During the event, Slate spoke to reporter Jennifer Peros of ET, where she gushed about her then-boyfriend, Evans saying she got her dream seventh-grade boyfriend.

However, like many other Hollywood celebrities, Jenny Slate’s love-life with Chris Evans did not last long. The duo eventually announced their separation in February 2017. They stayed friends and continued to share sweet things about each other. By November 2017, People magazine claimed that Slate and Evans reconciled again. But, it was not for long as Chris Evans confirmed their split for good in March 2018.

Jenny Slate Opened Up About Her Split With Chris Evans

Chris Evans’ ex-girlfriend, Jenny Slate, never hid her relationship with the superhero movie star. After their separation, she also let the media people and the public know about their split reasons. During an interview with Vulture, Slate mentioned that their social circles, lifestyle, and career differences played a major role in their break-up.

According to Jenny Slate, she comes from a DIY comedy scene, and most of her friends were fellow comics and gay guys at that time. However, in the case of Jenny Slate’s ex-boyfriend, Chris Evans, he was already a very famous person. She added, for Chris to go to a restaurant was totally different than for her to go. Slate had more freedom as she was not Captain America, and she used to think of herself as a cartoon. She waited for everything to be normal, but it never happened. So, to be normal, Slate decided to separate with her then hot boyfriend, Chris Evans.

However, there are not any responses regarding the break-up with Slate from Chris Evans’ side. When asked if she and Evans are on good terms, Slate replied that they are not on bad terms, but they have not seen each other and spoken that much. Chris Evans’ ex-girlfriend, Slate, thinks it is probably for the best and would love to be his friend one day. Moreover, the former pair has no regrets for their decision to separate.

Both Chris Evans and Jenny Slate moved on in their life after their separation. Jenny Slate is currently engaged to Massachusetts-based painter and writer Ben Shattuck. Gorgeous actress Slate announced her engagement with Shattuck via an Instagram post in 2019. Before this, Slate was in a marital relationship with Dean Fleischer-Camp from 2012 to 2016.

While talking about Chris Evans, he was rumored to be dating actress Lily James in early 2020. The rumored pair, Chris Evans and Lily James were often spotted hanging out together in London. However, not much is heard about these maybe-lovebirds. Before dating Slate, Chris Evans dated many other celebrity actresses, including Minka Kelly, Dianna Agron, and Jessica Biel.

Nevertheless, Jenny Slate feels lucky enough to be in a relationship with the Hollywood star, Chris Evans, although it was short. At the moment, both Slate and Evans have moved on in their life and are still on good terms.