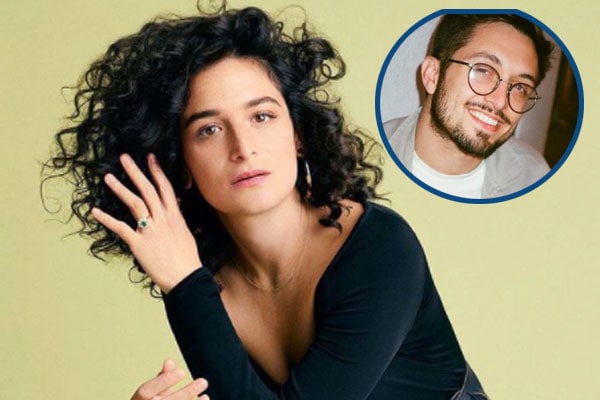 Jenny Slate and Dean Fleischer-Camp are two of the most well-known names in the film industry. Beautiful Jenny Slate is famous for her work as an actress, comedian, and author. After appearing in the 35th Season of Saturday Night Live as a cast member, Massachusetts-born Jenny came to prominence. Apart from SNL, Slate’s other movies and films are Parks and Recreation, House of Lies, and many more. Similarly, Dean Fleischer-Camp is best known for his work in numerous films as an editor and director, including Science Fair, Fraud, and Marcel the Shell with Shoes On.

Jenny Slate married Dean Fleischer-Camp in 2012 after dating for almost a year. However, they announced the end of their marriage after four years in May of 2016. The former husband-wife duo, Jenny and Dean, claimed that their relationship shifted. In an interview with Cosmopolitan magazine, Jenny added that they were on amicable terms despite splitting.

While talking about her divorce to Vulture magazine, Jenny said that she and Dean were good friends. That’s why they got divorced. If they did not divorce, they would not be able to be friends and do their work. Jenny added; they had just grown apart, and they still love each other. It was not easy but not essentially bad. Moreover, she said that she mourned her marriage and the partnership between herself and her former husband.

However, the real reason behind Jenny Slate’s separation from  Dean Fleischer-Camp is not available for the public to date. Moreover, Jenny Slate’s ex-husband, Dean, also has not talked on this topic to the media yet.

The Former Couple Wrote A Short Documentary Together

As Jenny Slate often says in media interviews, she and her former love, Dean Fleischer-Camp, are good friends. The now-divorced couple has worked in various acting and other projects together to date. One of the acting projects done by Jenny and her ex-spouse, Dean, is the book and short film ‘Marcel the Shell with Shoes On.’

The short movie Marcel the Shell with Shoes On is a uniquely pleasant short meta-documentary starring a diminutive, self-conscious shell forced to adapt to human scale. Jenny and her then-boyfriend, Dean Fleischer-Camp, came up with Marcel shortly after she finished the SNL Season. She wanted to do something that she did not have to explain, giving birth to Marcel the Shell with Shoes On. Jenny Slate’s ex-husband, Dean Fleischer, directed the short video while Jenny Slate voiced Marcel’s character.

The former duo, Slate and Fleischer, shot the film in their Brooklyn apartment, which premiered at a local comedy show, and they posted it online later at friends’ urging. The short video by Jenny and Dean now has over thirty-one million views on the YouTube channel of Dean Fleischer-Camp. It even earned Slate and Fleischer-Camp a deal with Razorbill, an imprint of Penguin Young Readers Group, for two books.

After the official separation in 2016, Jenny Slate and Dean Fleischer-Camp remained friends and continued to work together on various projects. Shortly after divorcing Dean, Jenny Slate’s romance with actor Chris Evans became a hot topic. They were in an on-and-off relationship for two years and eventually separated in March 2018.

Soon, Slate announced her engagement with art curator Ben Shattuck in September 2019 via a post on her Instagram. Almost a year after getting engaged to Shattuck, she revealed that she is awaiting her first child with Shattuck on 10 December 2020’s Late Night With Seth Meyers episode. The couple is planning to take their wedding vows soon.

Furthermore, talking about the present love life of Jenny Slate’s ex-husband, Dean Fleischer-Camp, he seems to be single at the moment. Since his split with the Zootopia star Slate, there are no rumors of him being in a romantic relationship with any lady. However, people speculate that handsome Dean also might be dating someone behind the camera without letting the public know about it.