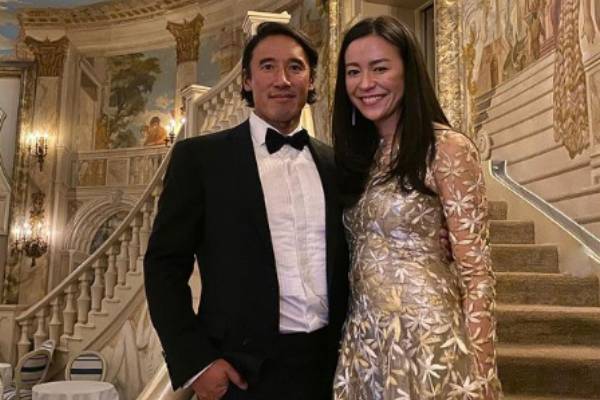 Hollywood couples are infamous for having short-lived romances. But, on the other hand, some lovers have made their love last and made the public believe in love once more. Jimmy Chin and his wife Elizabeth Chai Vasarhelyi are typically mentioned among such pairs.

Elizabeth Vasarhelyi and her husband, Jimmy Chin, are best known for their Oscar-winning documentary, Free Solo. However, their personal life has also been a hot topic for the media due to their work. And while the couple’s work-life has been discussed with no detail left out, not many media outlets have covered their personal life.

So, in this article, let us look at Jimmy Chin and Elizabeth Chai Vasarhelyi’s love life. Furthermore, let us see if the married pair have welcomed any children.

Met At A Conference In Lake Tahoe

The now-married couple first met at a creative conference in Lake Tahoe, where the latter was giving a talk in 2012. Following this, Jimmy sent his now-wife a video from his first climb of Meru’s ‘Shark’s Fin’ route in the Indian Himalaya. However, Elizabeth was in Senegal at the time and did not respond to the video for several months.

Even yet, she was fascinated by his video once she saw it. Soon after, they became friends. With time, their platonic relationship evolved into something more romantic. The couple started dating during the production of Meru.

Jimmy Chin and Elizabeth Chai Vasarhelyi then exchanged wedding vows on May 26, 2013, at Amangani Resort in Jackson, Wyoming. A friend of the couple, Robert S. DesLauriers, officiated their wedding.

The duo has since lived a blissful marital life while juggling their work and personal lives. In addition, they have two children and are doting parents to them. So, let us wish the partners well and hope we see more of them in the coming days.

As mentioned above, the lovely couple has been married for almost ten years. And in their decades-long union, Jimmy and his wife have welcomed two beautiful children into their family. Chin’s eldest daughter, Marina Chin, was born in 2013. The lovebirds then welcomed their son James Chin two years later in 2015.

Unlike celebrity parents who tend to keep their kids away from the limelight, Jimmy Chin and Elizabeth Chai Vasarhelyi have no issues with their kids sharing the spotlight with them. Additionally, the pair also bring their children along with them to award ceremonies and events.

Furthermore, Vasarhelyi’s Instagram is filled with adorable pictures of Marina and James. And looking at the pictures, it is evident that their son and daughter live a comfortable life. Furthermore, the Chin family also travels around the globe and partake in exciting activities.

Let us wish the love-smitten couple and their family well and hope that they continue to live in prosperity as the year progresses.

Jimmy And Elizabeth Have Worked on Numerous Projects Together

Like many, Jimmy and Elizabeth have also worked together on numerous occasions. There is no doubt that they are talented in their own right. So, with the couple’s combined artistic abilities, they have created some of the most amazing movies and documentaries of all time.

Moreover, the married couple produced 14 Peaks: Nothing Is Impossible, starring Nirmal Purja aka Nimsdai. The movie depicts a Nepali mountaineer who takes a seven-month journey to summit all 14 of the world’s 8,000-meter peaks and has gained worldwide acclaim. Likewise, its breakout star Nirmal Purja has gained thousands of followers overnight.

There is no doubt that the love-smitten pair will continue to create many more Award-winning projects in the coming days. But, for now, we wish Jimmy Chin and Elizabeth Chai Vasarhelyi the best in their future pursuits.