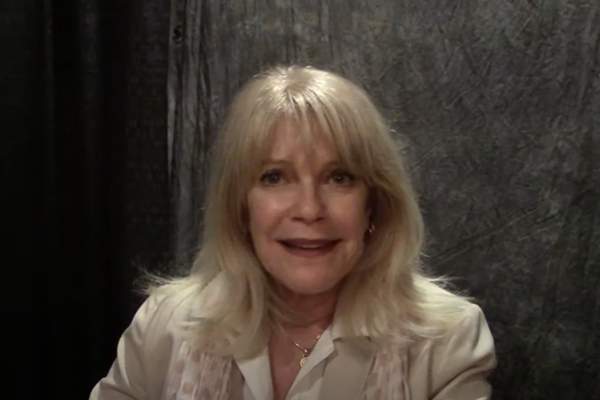 Julie Cobb is a renowned actress who has been active in the industry since 1968. Image Source: Social Media.

Julie Cobb, born Julie Frances Cobb, is a renowned American actress who mainly plays in television movies and series. She is well-known for her roles as Katy Benson in the television series Confessions of the D.A. Man and Jill Pembroke in Charles in Charge. Also, Julie is James Cromwell‘s ex-wife.

Although the 75-year-old has been in the industry for over five decades, there might be people who do not know much about her. However, they might be eager to learn more about the beautiful lady. Hence, this article will provide five interesting facts about Julie Cobb, including her family, marital life, and children.

Born Into A Theatrical Family

On May 29, 1947, Cobb was born in Los Angeles, California, to her parents, Helen Beverley and Lee J. Cobb. Her mother, Helen, was a well-known Yiddish stage and film actress. Likewise, Julie Cobb’s father, Lee J., was a renowned award-winning actor who was also nominated twice for the Academy Awards for Best Supporting Actor.

Moreover, Julie’s grandparents from her mom’s side were also performers and owned a theater. So, it was mostly natural for her to follow in her family members’ footsteps and be an actress and performer. She was involved in theater while studying at Beverly Hills High School. Cobb then attended San Francisco State University for two years before leaving to start working. Prior to beginning her career as an actress, she worked as a receptionist, English teacher, and Playboy bunny.

Has Been Active For Over Five Decades

The LA native’s first credited role was as Yeoman Leslie Thompson in an episode of the TV series Star Trek in 1968. She was the only female character that died soon after being introduced in the show’s original series. Being active since then, her career has spanned over fifty years, and she has been credited for appearing in over 80 television series and films.

As mentioned earlier, James Cromwell’s ex-wife is most recognized for portraying Jill Pembroke on the CBS series Charles in Charge. Other than that, she has had recurring roles in numerous series, including Knots Landing, Hearts Afire, Family Ties, and more.

The 75-year-old’s film credits include The Second Coming of Suzanne, Fantasy Island, The Runnin’ Kind, Lisa, Defending Your Life, and Dr. Jekyll and Ms. Hyde. In addition, she also appeared in the film Brave New World and the TV miniseries Salem’s Lot. Hence, Julie Cobb’s net worth must be heavily influenced by her acting career.

As the title suggests, Cobb has married four times, and all her former spouses are well-known public figures. She was first married to her ex-husband and actor, Jerry Hoffman, for a year. The ex-couple tied the knot on February 14, 1970, and split up in 1971. About five years after her divorce from Jerry, Julie tied the knot with the late actor and director Victor French on March 14, 1976. The past pair went separate ways on May 23, 1977.

Julie Cobb’s third husband was film producer Christopher Morgan, whom she married on January 1, 1978. The ex-couple was in a marital relationship for about seven years until their separation on February 25, 1985. Finally, Julie got hitched to James Cromwell on May 29, 1986. The latter is a renowned Emmy-winning actor who has also been nominated for an Academy Award for Best Supporting Actor.

Cobb’s marriage with Cromwell is her longest as the one-time duo enjoyed marital bliss for almost a decade. Unfortunately, the former lovebirds divorced in 2006. Nonetheless, the actress has not married anyone since then and appears to be single at the moment. On the contrary, James Cromwell enjoys a blissful marital life with his current wife, Anna Stuart.

Also, Julie Cobb’s ex-husbands must have paid a considerable amount as alimony. For instance, James Cromwell’s net worth is $8 million, so could he have also provided a spousal support fee for Cobb?

Has A Lovely Daughter

Cobb is a doting and proud mother to her daughter, Rosemary Morgan, who she shares with her ex-husband, Christopher Morgan. Born on September 12, 1983, Rosemary became the fourth generation in her family to choose acting as a profession. However, she has not appeared in any works since 2010.

Instead, Ms. Morgan is now a Vice President, Chief Privacy Officer & Associate General Counsel at Brighthouse Financial. She also holds an LL.M. from the New York University School of Law. The mother-daughter duo has also often been interviewed together.

Furthermore, Julie is also the ex-stepmother of Rosemary’s half-brothers, Jeremy Morgan and Terence N. Morgan. The Morgan brothers are active in different departments in the entertainment industry. Jeremy is a TV and film picture car coordinator at CBS Studios, while Terence is an armorer at IATSE Local 44. Julie must have been a great mother to her one-time stepsons.

Is A Personal Life Coach

In addition to being an actress, James Cromwell’s ex-wife is also a certified personal life coach who has been active since 2005. She has trained in personal life coaching and leadership at Coaches Training Institute for two years, from 2004 to 2006. As per her LinkedIn account, Julie owns Getting There From Here and works one on one with her clients who want to enjoy a bigger and more fulfilling life.

Unfortunately, Julie does not appear to have any social media accounts of her own. Nonetheless, we can safely assume that she enjoys a comfortable life with her close and loved ones. We wish she leads a healthy and happy life for a long time.