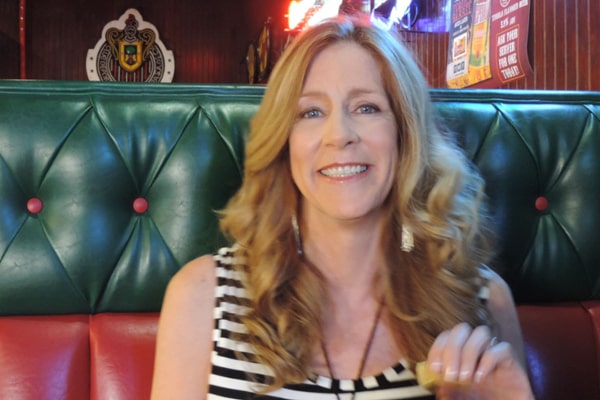 Kareem Abdul-Jabbar does not need an introduction. Considered the best behind Michael Jordan, Jabbar has contributed a lot to the NBA. The six-time NBA champions and two-time Hall of Famer is known for his philanthropic works alongside his NBA contribution.

Kareem Abdul-Jabbar is a secretive fellow, so nothing more can be expected from his baby mama, Julye Olds. She is living a secluded life away from media scrutiny.

However, going through Julye’s Facebook, it looks like she is doing quite well for herself. The blue-eyed woman is gorgeous and studied fashion merchandising at San Antonio College.

Kareem Abdul-Jabbar’s ex-girlfriend is from Sandy Springs, Georgia and currently residing in Atlanta, Georgia. Although she chose a life away from the public scrutiny, she came to rise as Kareem’s baby mama and Adam’s mother.

Anyway, Julie has moved on and married. Today, she goes by her husband’s last name, Julie Buckley. Despite very little information, let’s hope she is doing well for herself and her family.

Julye barely posts about her son; therefore, she might want to keep her identity shut. Thus, respecting her privacy, let’s look into Julye Buckley’s relationship with Kareem and her childbirth.

As mentioned above, Kareem Abdul-Jabbar is a basketball legend and has contributed a lot in the NBA. But, he is equally famous for his extraordinary relationship tales, including his son, Adam Abdul-Jabbar.

Kareem Jabbar’s son, Adam, was born from his relationship with Julye Olds Buckley in 1991. Although Kareem welcoming his son made it on a page of the LA Times, Julye Olds of Dana Point is a very unpopular name.

According to the LA Times, Julye Olds gave birth to the longest baby at Saddleback Memorial Medical Center. Well, the baby’s size is hardly a surprise because Kareem Abdul stands tall at 7-2-foot.

Kareem Abdul Jabbar named his son Adam after Adam Clayton Powell, a baptist priest and politician. Julye Old’s relationship with Kareem was very secret from the start till the end.

Although the couple did not last long, they prioritized their son. Furthermore, Kareem Abdul-Jabbar’s son, Adam, grew up with his mom, Julye, and her husband in Atlanta and would visit San Clemente, California, during spring break and in the summer.

Kareem Abdul-Jabbar’s baby mama, Julye Olds, aka Julye Buckley, is away from the media scrutiny, but her son has recently risen to fame. But, for the wrong reason.

Julye Olds’ son, Adam, was arrested on June 2020 for stabbing a 60-year-old neighbor, Ray Winsor, after arguing with him on their street. The Orange County Sheriff’s Department spokesperson revealed that Winsor was stabbed seven times, and he took himself to an area hospital with multiple injuries.

Adam was later released after he posted $25,000 bail and apologized to the alleged victim’s wife the day after. While talking to KABC, Winsor claimed that Adam lived with an older woman, and he thought Adam was not helping her enough. On the day of the incident, Winsor told that the lady Adam addresses as ‘grammy’ was taking out trash out, which bums the victim.

Ray Winsor further revealed that he confronted him to which Adam responded rather brutally. According to Winsor, Adam threatened to ‘stick a knife through his teeth.’

Well, the reason for the stab was dramatic, but what followed was just more trouble for Adam. Ray Wilson decided to sue Adam for the emotional distress caused by the event. Furthermore, Ray wanted Adam to pay for the medical expenses as well as medical charges. For the record, Ray Winsor suffered a skull fracture, a subdural hematoma, and was hospitalized for three days.

Winsor further claimed that he suffered from shock, insomnia, anxiety, etc. But in an updated post, Adam’s counsel, Shawn Holley, pointed out that Mr. Winsor’s stories were inconsistent. He further added that Winsor frugally failed to mention that he provoked the conflict by attacking Adam first.

In November 2021, Kareen and Julye’s son was sentenced to six months in jail. He was sentenced after pleading guilty to one count of carrying a dagger and three counts of assault with a deadly weapon.

Adam Abdul-Jabbar had accepted a plea deal and his sentencing was stayed until January 7. He can also apply for home confinement instead of incarceration but have to be permitted by the probation officials.

Regrettably, Kareem Abdul-Jabbar’s baby mama stayed out of the limelight most of her time. Therefore, let’s hope she is healthy and keeps her child out of trouble.