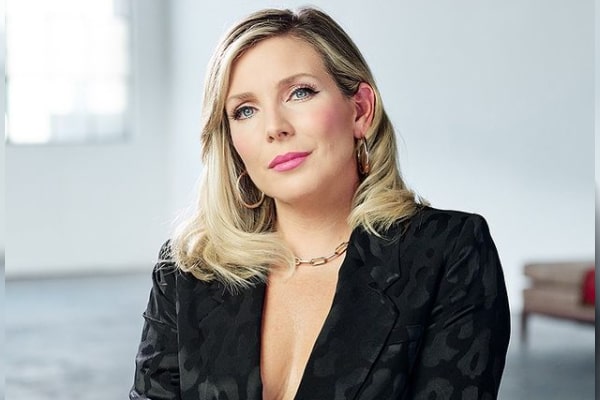 Can you believe June Diane Raphael is a mom of two sons, August Scheer and Sam Scheer? Heck NO! She looks gorgeous and glows in motherhood and healthy marriage. However, after two pregnancies, it’s a little tough to maintain one’s body and the pressure put upon by society affects one’s confidence. June also faced the same difficulties but she worked hard to bounce back in form and rock the entertainment industry yet again.

Therefore, here we are scrutinizing June Diane Raphael’s weight loss. We shall also go deep to find more about tips and tricks she’d shared. Thus, stick until the end.

Emotional Struggles Through The Swings Of Weight Gain & Loss During Pregnancy

The portrayal of female bodies in the movie industry, both on-and-off screens, hasn’t been realistic for a while now. Thus it became crucial for women in the entertainment industry to remain in the idealized shape. It is incredibly hectic when one has to go through pregnancy and is pressured to bounce back into the previous shape.

Paul Scheer‘s wife, June Diane Raphael, had similar experiences upon gaining weight during her pregnancy. While talking to Bustle during her second pregnancy, she revealed that being pregnant was her most significant challenge since breaking into Hollywood so far.

June Raphael further said that she didn’t have many women to look up to while dealing with her fluctuating weight and witnessing its reality. She also continued that going through the whirlwind of weight gain and loss was a challenge. Well, June understands the biological phenomena of gaining some fats and muscles, but she admits to not feeling her best during the postpartum.

Paul Scheer’s partner further admitted to accepting her body’s transition during and after pregnancy and insisted on being proud to be a working parent. However, she confessed of not ‘quite feeling herself yet.’

Can you believe this world? One minute, they want women to embrace their body, their stretch marks, their imperfections. And when she tries to do so, they shame her for having beautiful flaws. THE AUDACITY! Maybe this sort of hypocrisy led working mothers like June Diane Raphael to put extra effort and pressure into losing weight. Staying in business might as well mean ‘deliver or leave.’ Thus, losing the baby weight wasn’t easy for Raphael.

Aforementioned, June was a little conscious about her postpartum body and couldn’t feel the best despite accepting the transitions. However, bouncing back to the post-baby body was a rather challenging and tiresome experience for June Raphael.

While speaking to Bustle, Grace and Frankie’s actress talked about not thinking much of weight loss because one doesn’t see many actresses in their transformation phases postpartum. She further explained that it wasn’t her case, neither was it most women’s story.

Raphael spoke up about how crucial it is for women to come to terms with the biological reason behind gaining much weight. However, she understood the mechanism but let the pressure get the best of her.

June did not lose her weight magically and admitted that the slow-process frustrated her. Moreover, the hype of her comedy series, Grace & Frankie‘s debut, added more pressure. But the takeaway from June Raphael’s weight loss journey is beneficial for every woman who has had or yet to have children.

June Raphael is a firm believer in being patient. She said that it takes nine months to put that weight on and thus suggested taking it slowly or not taking it off at all. It looked like she was frustrated with the pressure and the idea of not having many fellow actresses to look up to. Nevertheless, post-baby, postpartum, or even today, June is gorgeous. Embracing flaws is sexier than an hourglass body. Thus, June is the sexiest.

While embracing yourself is essential, eating healthy is also necessary. While talking to Grub Street, June shared her food preferences and how her daily diet looked like.

June prefers Peet’s Coffee, the first thing in the morning. She moves on to her breakfast, which is the leftovers from whatever she made for her children. She further revealed that she loves kid’s food; oatmeal, eggs, waffles, PB & J, grilled cheese, etc.

Besides having a healthy, adult diet, screenwriter, actress, and podcaster, June is not afraid to treat herself with lava cakes. So, what one can learn from June Diane Raphael’s weight loss experience is that eat healthy, embrace yourself, but most crucially, “do not forget to treat yourself.”