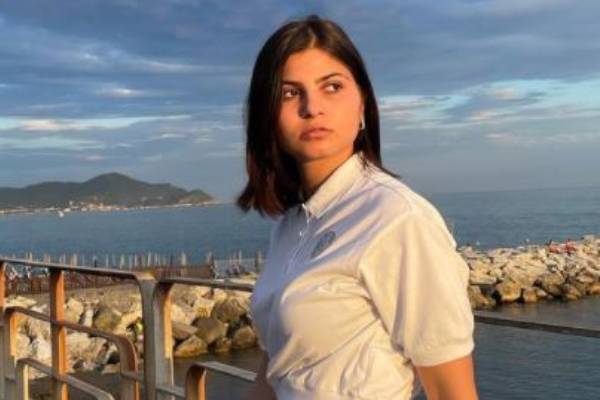 Zaira Nucci is mostly recognized as the girlfriend of the famous TikTok star, Khaby Lame. He came into prominence for his short comedy skits, where he sarcastically points out people who make simple tasks complicate for no reason at all.

Fans are curious to know about Zaira and her personal life. So, here we shall learn in detail about Khaby Lame’s girlfriend, Zaira Nucci, and her whereabouts.

Have Been Dating For Quite A Long Time Now

As mentioned earlier, Zaira Nucci is the beautiful girlfriend of Khaby Lame. According to various sites, they first met on social media and began talking. While their conversations fizzled out after some time, the couple crossed paths by chance in Chivasso.

A few months later, Khaby asked her for a first date. Many sources suggest that the lovely pair of Khaby and Zaira began dating in October 2020. The duo is madly in love with each other, and does not shy away from showing their love for each other via Instagram.

Furthermore, the adorable couple is even rumored to be engaged. However, they seem to be in the earlier stage of their relationship and have not opened up much about their love life. Nevertheless, we hope to hear some good news in the future.

Khaby Lame’s girlfriend, Zaira Nucci, seems to be interested in playing guitar. She has posted several videos of her playing the musical instrument and singing some songs. In addition, she has documented her guitar sessions on her Instagram.

Zaira also seems to have good vocals. Thus, she might pursue a career in the music industry. Will Nucci become a successful guitarist and musician? Well, only time will tell.

Apart from exemplary guitar skills, Khaby’s partner, Zaira, is also a good artist who has sketched several art pieces. She has shared her art pieces with her followers on social media networks.

Furthermore, Zaira’s Instagram description also suggests that she is an artist. Looking at her art pieces, one can see Nucci becoming a successful artist. And who knows, she might even become more successful than her boyfriend, Khaby.

Nonetheless, we can hope that she achieves significant success in her career.

Her Boyfriend Is A Popular Tiktok Star

As mentioned before, Zaira Nucci’s boyfriend, Khabane Lame, aka Khaby Lame, gained huge fame and prominence from the TikTok videos. He began uploading videos on his TikTok account in March 2020, during the COVID-19 lockdowns.

Most of his videos are comedy and roast videos, where he satirically points out people who make simple tasks complicate for no reason at all.

Several people around the globe love Khaby’s work. His videos receive millions of reviews and are massive hits. Furthermore, in July 2021, his TikTok account became the second most followed behind Charli D’Amelio. Thus, Khaby has gained immense fame and fortune because of his TikTok videos.

Zaira’s boyfriend is endorsed by several brands, well, all thanks to his popularity and fame. Having lost his job due to the pandemic, Lame is now making a fortune from his videos.

Zaira and Khaby seem to be doing great in their relationship. However, as stated earlier, they have not revealed much about their dating life.

Nevertheless, let’s hope that we get to learn more about Khaby Lame’s girlfriend, Zaira Nucci, in the coming days.