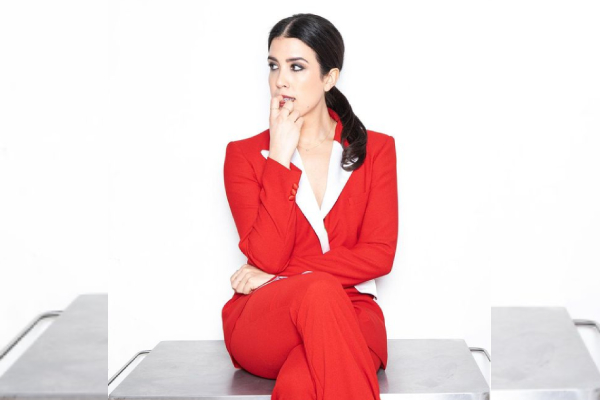 If you are here, you must be a big fan of the Canadian sitcom Kim’s Convenience. This comedy genre series was originally a play by the playwright Ins Choi and later developed into a series. The series revolves around a Korean immigrant family in Canada who runs a small grocery store called Kim’s Convenience.

Even though the show revolves around the life of Mr. Kim (Appa), Mrs. Kim(Umma), and their kids Jung and Janet, other characters have also won the audience’s hearts, including Shannon. If you have watched the series, you probably have a major crush on Jung, just like his manager, Shannon.

The character Shannon is played by talented and beautiful actress Nicole Power. Let’s peek into her personal life to see if the talented actress has any similarities with her character. Also, know about Nicole Power’s relationship status.

Before we move on to her romantic life, let’s know a little more about actress Nicole Power. Born on November 24, 1989, Nicole is a Canadian actress who has also been part of musical theatres. She had a degree in the Musical Theatre program from Sheridan College. This theatre actress had already been a part of Canadian stage productions of Legally Blonde; Dog Sees God, West Side Story, Evangeline, Anne of Green Gables: The Musical before starring in the popular sitcom.

Nicole plays the character, Shannon whose hard crush on Jung, played by Simu Liu in the series is well known to most of you. So we understand that you might be eager to know about the real-life partner of this actress. So if you have questions like, “Who is Nicole Power married to? Is she dating someone?” Continue reading to find out.

Let’s not beat around the bush. Kim Convenience star actress Nicole Power is currently in a relationship. Nicole’s boyfriend’s name is not disclosed, but his Instagram name ‘choppedsalad_forlife’ suggests that he is some chef who is obsessed with chopping salads. Nicole shared the photo of her boyfriend for the first time on 1st July 2016.

Though Nicole, time and again, shares photos of her sweetheart, she hasn’t revealed his name yet. Some Instagram comments suggest that his name is Adam- but who knows. We have to wait and watch until the actress decides to reveal the anonymous boyfriend’s name. But maybe you are more curious about them getting married than his name. Let’s talk about it.

Nicole Power And Her Boyfriend- Any Plans Of Getting Married?

Many people might get mistaken by the photo Nicole posted on August 7, 2016. But let’s clear the air, that’s not the picture of their wedding, and the couple is yet to get married. The picture was from the wedding ceremony of their friend, where Nicole was one of the bridesmaids. And apparently, Nicole caught the tossed bouquet. And yes, there are signs of her being the one to walk down the aisle very soon.

The signs might have been true as Nicole shared the news about her engagement on September 17, 2019, through an Instagram post. They might be making plans of getting hitched real soon. This beautiful couple is adored by Nicole’s fans and cannot wait for them to exchange their marital vow. Even though we are eager to see the pair getting married, all we can do is wait for Nicole Power and her fiancé to share their plans for their big day.