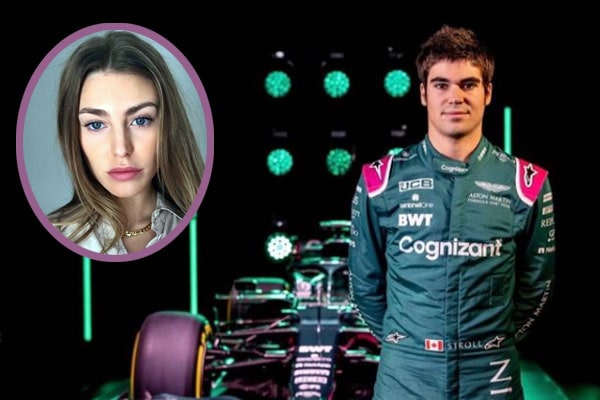 Formula One is a high-energy needing sport with an exhausting schedule. Still, many of its racing drivers, including Lance Stroll, have managed to find their better half. Currently, the three-time podium sitter, Lance Stroll, is in a committed relationship with an Italian beauty named Sara Pagliaroli.

After spotting Pagliaroli a couple of times together with Lance Stroll in several racing events, sports lovers are quite curious to know more about her.

So, here, let’s get a closer look at the F1 star, Lance Stroll’s girlfriend, Sara Pagliaroli’s life, and the pair’s relationship.

The Canadian-Belgian racing driver in Formula One, Lance Stroll’s girlfriend, is an Italian model, having worked for numerous prestigious fashion brands and with many well-known photographers to date. Recently, she had done a photoshoot in a bikini and innerwear for Yamamay, an online shop of underwear, lingerie, nightwear, and swimwear for women, men, and kids.

Furthermore, the gorgeous lover of Lance Stroll, Sara Pagliaroli, runs her own jewelry business, Blue Lemon Jewels. She chose to launch her jewelry collection line amidst the COVID-19 pandemic, and currently, it is loved by thousands of fashion-lovers in her nation.

In an online statement discussing her new brand, Pagliaroli said that her fashion line began during the quarantine, looking for a way to express her creativity within the house’s walls. Her ideas eventually took shape, reflecting her dreams and the desire to grow as a person and as a woman.

We wish Sara good luck in her upcoming days.

From the above information about Lance Strolls’ girlfriend, Sara Pagliaroli, you might have already known that she is quite famous in her country. However, people outside her home country hardly recognized her, which her current love, Lance, managed to put an end to. Nevertheless, she is in the immense limelight after she started dating Lance Stroll.

According to various online sources, Pagliaroli hinted at their relationship at the beginning of 2021, posting a video of the shadows of herself and an unknown guy together on the beach. However, they went public with their romantic relationship only on Valentine’s day.

On that day, Pagliaroli posted a string of photos of herself getting cozy with the young racing driver, confirming their relationship.

Furthermore, as per the birth dates of Pagliaroli and Stroll, they have an age difference of around four years. Still, they are quite evidently relishing a healthy relationship. Seeing their bonding with each other, it looks like they are planning to take their relationship to the next level, and who knows, could even tie their marital bond.

Lance Stroll’s girlfriend, Sara Pagliaroli, often attends her boyfriend’s racing events to cheer him up and make sure he does well in the competition. Lately, she was with her man to support him as he took part in the Bahrain Grand Prix.

The stunning beauty queen, Sara, did her best to make sure her lover, Lance get off to a winning start on the first day of the competition in the Middle East. However, sadly, he finished in 10th place behind another racing champ, Lewis Hamilton.

So, for now, Sara Pagliaroli lives a happy and contented life with her celebrity boyfriend, Lance Stroll. Along with it, she is giving continuity to her career as a model and a budding fashion entrepreneur.