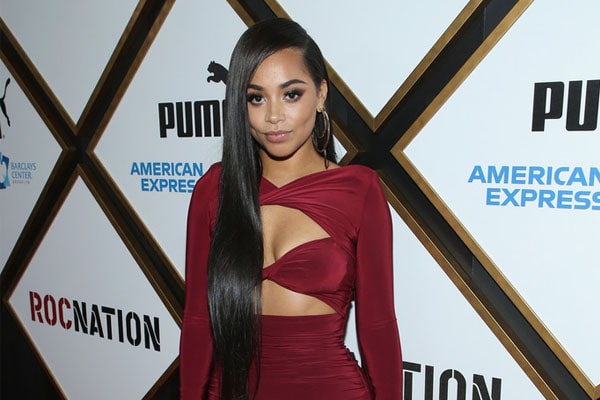 Lauren London's net worth approximates at $8 million which she gathered from her career. Image Source: Zimbio.

The American actress, model, and T.V. personality, Lauren London, has had quite a successful career in Hollywood. Starting by starring in music videos, she later transitioned to movies and T.V. series and has become a household name in the entertainment business. Thanks to all her hard work, Lauren London’s net worth is $8 million.

In addition to that, Lauren is also well known for her relationship with her ex-boyfriend and rapper, Lil Wayne. The two were together for a year starting from 2008, and London gave birth to Wayne’s son, Cameron Carter, in 2009. She also dated late rapper, Nipsey Hussle, and the two also had a son named Kross Asghedom.

Lauren London’s Net Worth And Earnings

Lauren London’s net worth of $8 million has been amassed through years of work as an actor, performing in both movies and T.V. series. She is also a gorgeous model in the entertainment industry. It’s no doubt how Lauren thrived as a celebrity from her astounding career. Enough about Lauren’s career, now, let’s get straight down to discuss Lauren London’s net worth and earnings.

From Movies And T.V. Series

Lauren has been an active actor since 2002 and has starred in many high profile movies and T.V. projects. Her most notable work includes films like ATL and Baggage Claim as well as T.V. series like The Game, 90210, and Entourage.

These acting endeavors have led to her accumulating a lot of money. She came in the limelight after her appearances in hit movies like ATL and Baggage Claim. As per Box Office Mojo, these two movies made $21 million and $22 million respectively at the box office.

In television, London has been a part of many well-received series’ over the years. Some of the hit T.V. programs she appeared in are 90210, Entourage, Keeping Up With The Kardashians, The Game, and many others. She received a ton of money for her roles in these T.V. series.

From Music Videos And Modeling

London has also featured in many music videos over the years. In fact, that’s how she started her career in the first place. She has appeared in music videos of top singers like Pharrell, Ludacris, Ne-Yo, Major Lazer, and Snoop Dogg.

Some music videos featuring London are “That Girl,” “Miss Independent,” and “Scare Me.” She is paid a lot of money for these appearances, considerably increasing her net worth.

Plus, Lauren London is a gorgeous model and has over 9.2 million followers on her Instagram. We assume she gets promising paychecks as a model too.

Lauren London And Her Assets

With a staggering net worth of $8 million, Lauren London has made over the years; she has been able to live a luxurious life. She owns a lovely house in Los Angeles, California. Well, the house has an intimate feel to it and is very beautiful indeed. She probably bought the house in millions.

Who knows, perhaps, she owns other million-dollar worth condos and apartments are different places too. Just in Jan 2020, Lauren London bought a $1.7 million four-bedroom home in L.A. Gorgeous Lauren London undoubtedly has a splendid and lavish lifestyle.

Besides, Lauren also owns a lovely Black Mercedes car. The car perfectly suits her flamboyant persona. Not only that, but even she probably has luxury car collections. However, she does not like flexing her assets on her social media handle.

Relationship With Lil Wayne And Their Son

Despite her successful acting career, Lauren is best known for being the ex-girlfriend of famous rapper, Lil Wayne. Wayne and Lauren knew each other since she was 15 years old. The two started dating in 2008 but broke up only a year later in January 2009.

Despite their breakup, Lil Wayne and Lauren are still friends. She called Wayne an intelligent and kind person and claimed he’ll always be her dearest friend.

Relationship with Nipsey Hussle And Their Son

In 2013, Lauren started dating rapper, Nipsey Hussle. The two had been together ever since. They also had a son together. Their son named Kross Asghedom, was born on Aug 31, 2016. There were rumors that the two had split briefly in 2017. Even after splitting up, the ex-couple had decided to take care of their son equally.

But Lauren’s ex-partner, Nipsey Hussle, passed away on Mar 31, 2019, after he got fatally shot outside his store, Marathon Clothing, in South Los Angeles. London took to Instagram and shared her grief. She also said that she lost her best friend, her sanctuary, protector, and her soul.

Lauren London still misses her baby father and often posts his photos on her Instagram. She will always remember him in her every step of life. Nonetheless, Lauren London is raising their child on her own as a single mom.